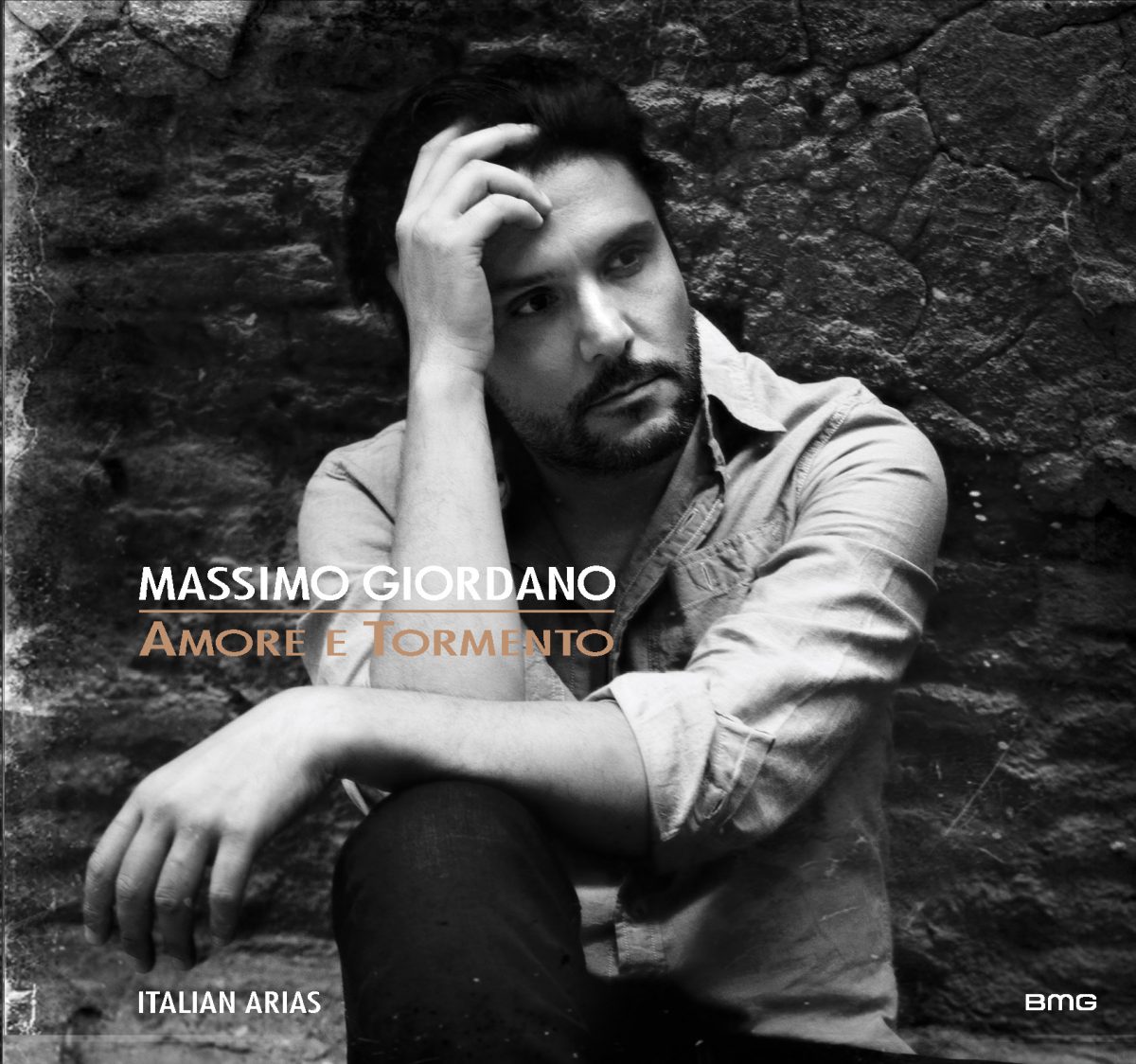 Italian tenor Massimo Giordano has been a star on the world operatic scene since the late 1990s—he first sang at the Metropolitan Opera in 2006 in Massenet’s “Manon” with Renée Fleming, and I saw him several seasons ago in Donizetti’s “L’Elisir d’Amore,” where he filled in for Rolando Villazón as the comic hero Nemorino. Giordano’s comic acting was effective and his rendition of “Una Furtiva Lagrima” was one of the highlights of the performance.

Giordano has just released his debut solo CD “Amore e Tormento” (on BMG). True to its title, the album contains arias about love and torment and the tenor appears on the cover with his hand to his brow, as if he has a headache.

The music, all from Italian operas, includes works by Cilèa, Giordano, Verdi, Ponchielli, and six arias by Puccini. Some of these are among the most frequently performed arias, such as “Recondita armonia” from “Tosca” and Federico’s Lament from “L’Arlesiana.”

“Tosca” is among the most popular operas while “L’Arlesiana” by Cilèa is virtually never performed, at least in this country. Nevertheless, it is frequently sung in concerts (for example, on the “Three Tenors” album) and on operatic recitals, such as this one.

There are also some rarities on the CD, such as “Dolce notte misteriosa” from Giordano’s “Marcella.” The latter is especially welcome since it’s a worthy piece of music, admirably performed by Giordano and the Ensemble del Maggio Musicale Fiorentino under the direction of Carlo Goldstein.

If the CD is worth picking up, it is for the lesser-known pieces rather than the warhorses.

Giordano has a true Italianate sound and a lyrical (if somewhat thin) voice. While he knocks out some impressive high notes, they don’t always sound easy. For example, he exhibits some strain in “Cielo e mar” from “La Gioconda” and “Come un bel di di maggio” from “Andrea Chenier.”

He is not a vocal force of nature—compare Giordano’s recording of these two arias or “Amor ti vieta” with Jussi Björling’s renditions to hear far superior interpretations. But his singing has a pleasant quality, and he seems involved in the text. He also manages to convey passion while avoiding the excesses of some Italian tenors (and even some non-Italians, such as Richard Tucker) who sometimes engaged in sobbing.

Giordano seems to understand the roles that are suited to his vocal ability. In any event, I would like to hear his interpretations of Neapolitan songs or perhaps music from other countries.

Some critics have compared him to the elegant Spanish tenor Alfredo Kraus. It’s worth pointing out that Kraus not only excelled in music of his own country (including zarzuela), but also in operas from Italy and France. That said, “Amore e Tormento” is well engineered and lavishly mounted, with photos of the handsome tenor plus images from the Ricordi Historical Archive.