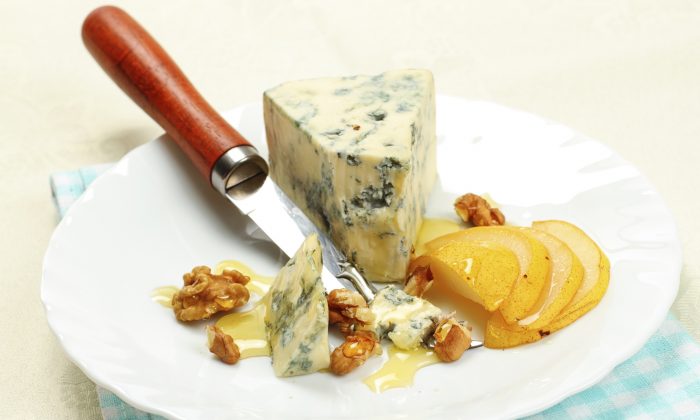 Blue Cheese if You Please

If you can get past the sight and sometimes the smell, blue variety cheeses can bring an incredibly unique flavour to a great many dishes.

There are people who like blue cheese and those who don’t. Any cheese lover who has never actually tried it is really missing out.

Like all the other cheeses, there are many varieties and brands of blue cheese, such as Gorgonzola, Danish Blue, Nauvoo Blue, Stilton, Maytag Blue, and so on.

They are typically a white, high-moisture cheese, characterized by the blue or blue-green penicillium mould being visibly present on the surface or through the middle, with a creamy texture that is prone to crumbling.

First of all, don’t let yourself be put off by the mould. It is usually a penicillium culture, so it has many of the same antimicrobial properties as the antibiotic penicillin. That said, aside from the saturated fat and the calories, it’s good for you.

Blue cheese can also be very pungent. For blue cheese as well as most other potent-smelling varieties of cheese, the simple solution is: Don’t eat it right out of the package. After unwrapping the cheese, let it air out for few minutes.

You’ve decided the blue mould is no big deal and you’ve let the cheese air out. Now, how do you eat it?

Typical uses of blue cheese are crumbling it over a salad or cutting it into slices and having it with sliced apples, pears, or grapes. On a salad it works best with blue cheese dressings and vinaigrettes.

Try changing things up with an omelet—blue cheese works very well with eggs, and also with potatoes. On a burger, you can replace cheddar with Gorgonzola and mushrooms. Some people also like blue cheese on certain cuts of beef.

Macaroni and cheese is also usually made with cheddar. Because of its consistency, blue cheese doesn’t really work on its own for mac and cheese, but it could be used along with some other cheeses for a very tasty and more refined version of this children’s favourite.

If you’re making a fondue, again blue cheese doesn’t really work well exclusively because of how it melts and because of its strong flavour, but if added to Swiss, Gouda, or Fontinella, it can serve as a delectable compliment.

If you like spicy food, it’s remarkable how well blue cheese balances both the flavour and spiciness of hot peppers such as jalapenos, habaneras, or serrano chilies.

For an awesome veggie or chip dip, try the following recipe;

Combine all ingredients in a food processor and blend until smooth. Enjoy with your next veggie tray.