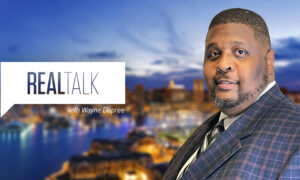 Every viral video has a backstory—and most also have their critics too. One video, by U.K. content creation agency Purplefeather, has been a continual hit on social media for its message of compassion and empathy. It’s a well-executed emotional story showing that words used wisely are powerful, and can be used for the power of good. Running at 1:48 it does this remarkably well.

The video has also drawn the critics. The story portrays an anecdote usually attributed to advertising legend David Ogilvy, known as the original Mad Man. It’s about a blind man begging with a sign that reads, “I’m blind. Please help.” The man is largely ignored until one day, a man stops, picks up his sign, adds a few words, and carries on. From that point, on the blind man’s cup fills easily with money. What was changed? The deft copywriter had edited the sign to read: “It’s spring and I’m blind. Please help.”

In the video version, the copywriter doesn’t edit the text, but she turns over the blind man’s sign to write her own: “It’s a beautiful day and I can’t see it.” From a copywriter’s perspective, this version offends the sensibilities of anyone who has suffered an editor’s heavy pen and breaks a key rule of advertising. The hapless blind man’s words aren’t edited, they’re replaced; and the important call to action “please help” is deleted.

From the blind man’s perspective, a stranger’s show of compassion—call it pro bono consulting—is what made the difference.