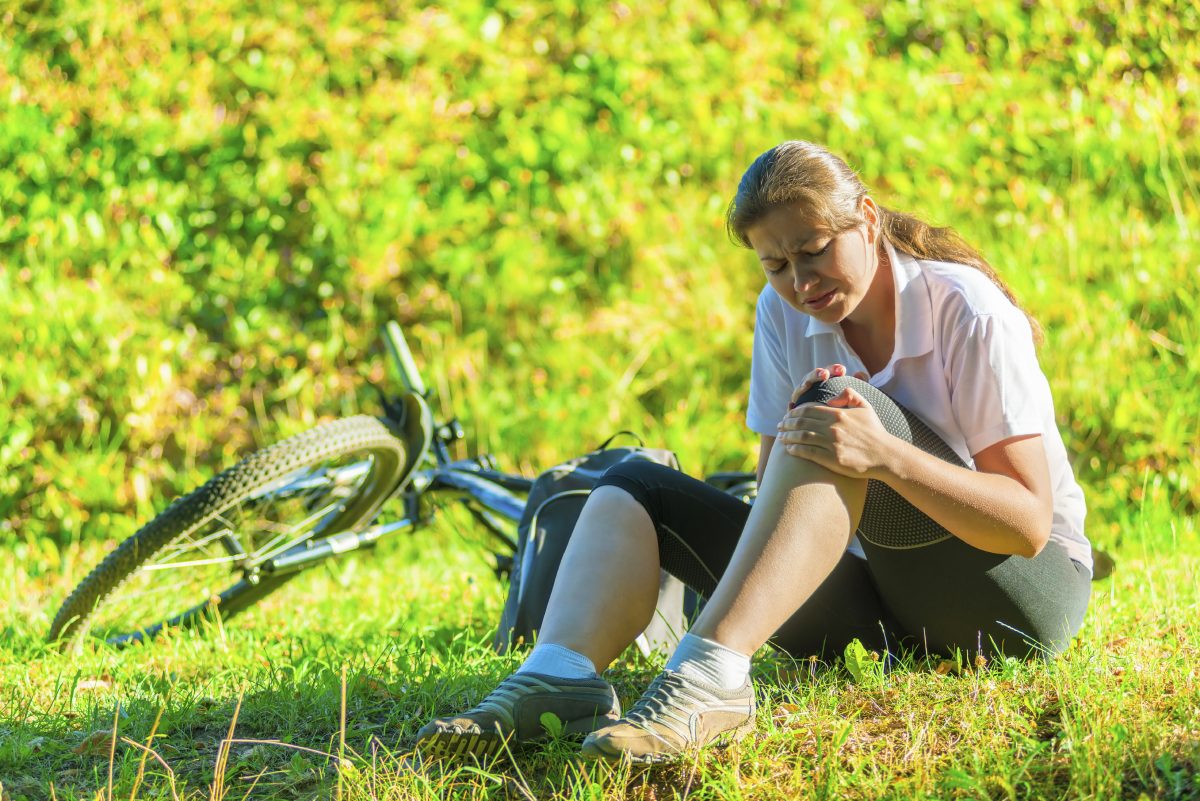 Chinese and western medicine views on the root causes of bruising
BY Lynn Jaffee TIMEJuly 5, 2018 PRINT

I’m an easy bruiser. If I run into the coffee table, I know that I’m going to have a whopper of a bruise on my shin in a couple of hours. Friend’s dogs that jump on me, an armload of boxes or books, or any kind of collision can result in a new black and blue spot. At any given time I have some purple beauties with no idea where they came from.

It’s normal to bruise from time to time, and is caused by an injury that doesn’t break the skin, but injures the small blood vessels underneath. While there’s no clear definition for easy bruising, it’s considered to be bruising that occurs with minimal trauma or injury. Fragile blood vessels are the underlying cause and can occur for a variety of reasons. In Chinese medicine, easy bruising has a lot to do with your Spleen organ system.

Easy Bruising and Your Spleen

Organs in Chinese medicine are considered to be systems that are related to a number of functions, sometimes seemingly unrelated to each other. Your Chinese spleen is partly responsible for digestion, in that it governs the process of turning the food you eat into nutrients, energy, and the building blocks of your body. One of the other jobs of your spleen is to hold things in place, such as keeping your blood in the vessels. When that holding function is weak, you may have symptoms such as easy bruising, heavy menstrual periods, prolapsed (falling) organs, chronic diarrhea, and recurring miscarriages. From the viewpoint of Chinese medicine, strengthening your spleen can also strengthen this holding function to alleviate these symptoms.

Strengthening your spleen in Chinese medicine involves a multi-pronged approach. Acupuncture, dietary therapy, and herbs are usually the first line of treatment. Your practitioner may also recommend some lifestyle changes, such as stress management and more rest.

A Western Take on Bruising

In Western biomedicine, people who bruise easily may have a vitamin or mineral deficiency. Some of the most common deficiencies that might result in weakening or permeability of your blood vessels include vitamin C, vitamin K, and the mineral copper.

Vitamin C is an important player in building collagen, which forms a netlike structure to hold together connective tissue. As you age, sagging and loosening of your skin are partly from a loss of collagen. However, if you’re deficient in vitamin C, the strength of the collagen around your blood vessels may be impaired, causing them to rupture easily, resulting in bruises. The loss of collagen in older people is one of the reasons their skin is so thin and easily bruised. To get more vitamin C in your diet, make sure to include plenty of leafy greens, pepper, broccoli, and most other darkly colored vegetables.

Vitamin K, while not as well-known as vitamin C, can also impact how easily you bruise. Vitamin K plays an important role in your body by making clotting factors, which are needed to stop bleeding and help with the clotting process. When vitamin K is low, your blood may not clot as quickly and this can result in more bruises. Like vitamin C, you can get plenty of vitamin K from dark leafy vegetables. If you’re taking a blood thinner, such as Coumadin or Warfarin, it’s important to know that vitamin K can decrease the effect of your medication, so before you go all in on the leafy greens, check with your prescribing doctor.

Other medications that can affect your ability to clot, and make you more likely to bruise, include non-steroidal anti-inflammatory pain relievers, such as Advil, Aleve, Ibuprofen, Naproxen, and aspirin. These medicines actually make your platelets (also important in the clotting process) less sticky and slows down clotting time. This can make you more likely to bruise but can be a good thing if you’re at an increased risk for stroke or cardiovascular disease.

A copper deficiency can also play a role in easy bruising. Copper is a trace mineral that’s necessary for the synthesis of collagen and cell maintenance. Dietary sources of copper include oysters, fish and other seafoods, most nuts, peas, and beans.

Many people who bruise easily want to know if it’s a health concern, and the simple answer is probably not. However, if you have been bruising a lot more lately, if your bruises don’t heal, or if the nature of your bruises has changed (larger, painful, swollen, etc.), it’s time to see a doctor to rule out any health conditions or illnesses that might be the cause.

Lynn Jaffee is a licensed acupuncturist and the author of “Simple Steps: The Chinese Way to Better Health.” This article was originally published on AcupunctureTwinCities.