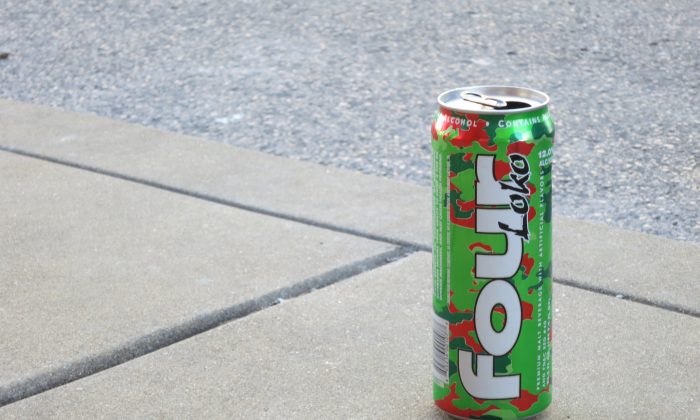 Big Drinks Like Four Loko Cause Trouble for Teens

New research links supersized alcoholic beverages, such as Four Loko or Joose, to a higher rate of alcohol-related injuries among some underage drinkers.

Specifically, underage drinkers of flavored alcoholic beverages who exclusively consume the supersized versions are more than six times as likely to report suffering alcohol-related injuries as underage youths who drink other types of alcoholic beverages, according to new research.

Published in the American Journal of Public Health, the study is believed to be the first study to document an association among the consumption of different types of flavored alcoholic beverages by youth ages 13 to 20, risky drinking behaviors, and self-reported injuries related to alcohol consumption.

Alcohol is the most commonly used drug among youth in the US and is responsible for the deaths of approximately 4,300 underage people each year.

In previous studies by the same research team, nearly half of underage drinkers in the US reported having consumed flavored alcoholic beverages in the past 30 days.

Supersized alcohol beverages can contain the equivalent of between four and five alcoholic drinks.

For their study, the researchers surveyed 1,031 underage young people, ages 13 to 20, who had consumed at least one drink of alcohol during the past 30 days between December 2011 and May 2012.

In an online, self-administered survey, respondents identified what brands of alcohol they had consumed in the past 30 days, the number of days on which they consumed each brand, and the typical number of drinks of each brand that they consumed.

Consumption of any combination of two or more flavored alcoholic beverage was also strongly associated with reports of heavy episodic drinking, fighting, and alcohol-related injuries.

“These findings raise important concerns about the popularity and use of flavored alcoholic beverages among young people, particularly for the supersized varieties,” says study author Alison Albers, an assistant professor of community health sciences at Boston University School of Public Health.

These findings raise important concerns about the popularity and use of flavored alcoholic beverages among young people.
“Public health practitioners and policymakers would be wise to consider what further steps could be taken to keep these beverages out of the hands of youth.”

Drink size does not appear to be the only factor at work. The researchers found that among underage drinkers, those who reported three types of exclusive flavored-alcoholic beverage use—pre-mixed/ready-to-drink cocktails only, supersized alcopops only, and any combination of two or more flavored alcoholic beverages—were more likely to consume a higher number of drinks per day, to drink more days in a month, and to engage in heavy episodic drinking.

Alcohol is the most commonly used drug among youth in the US and is responsible for the deaths of approximately 4,300 underage people each year.

The team also includes researchers from the Center on Alcohol Marketing and Youth at the Johns Hopkins Bloomberg School of Public Health, and Fiorente Media, Inc.

Funding came from the National Institute on Alcohol Abuse and Alcoholism.