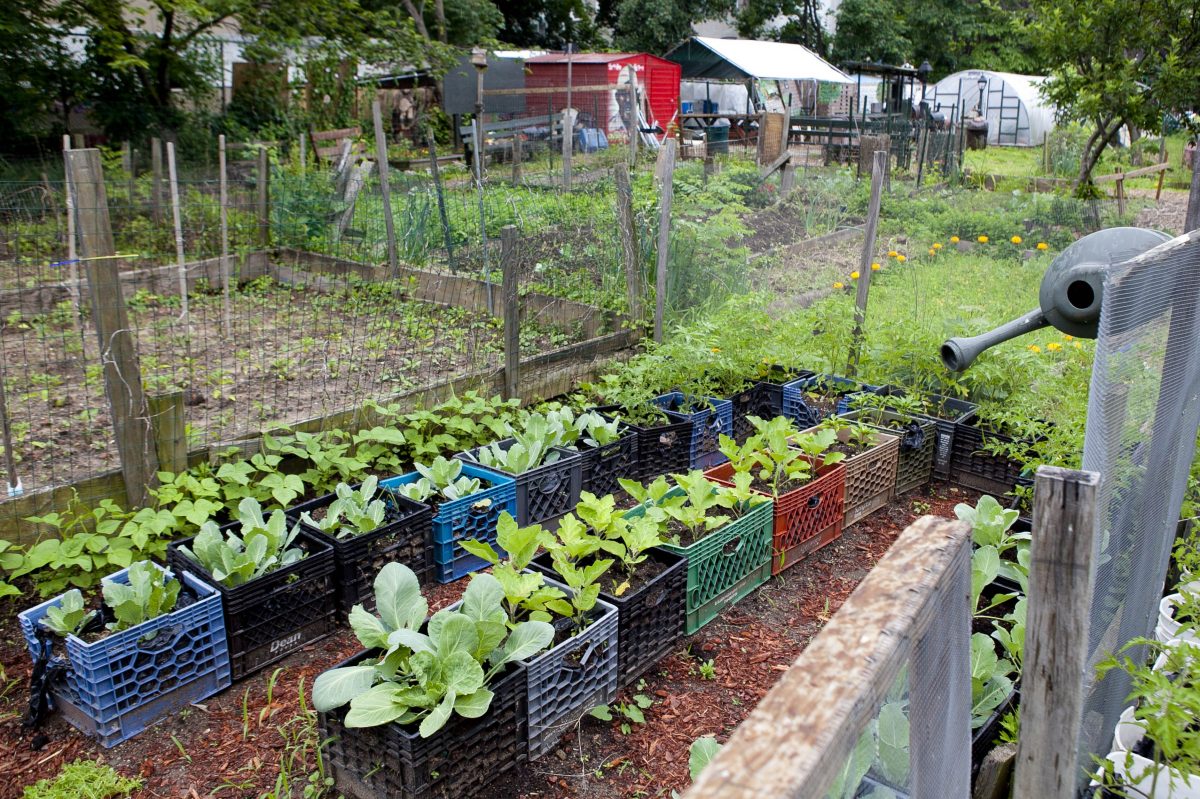 Bicycle Blender Project Provides Smoothies for the Price of a Ride

NEW YORK—The Hattie Carthan Community Market is literally making residents work for their smoothies this summer. Thanks to a city grant, the organization will buy another bicycle blender after a fire destroyed $15,000 worth of equipment in 2010.

“We are teaching the community about renewable energy,” said Yonnette Fleming, vice president of the Hattie Carthan Community Garden, located in Bedford-Stuyvesant. The market is an initiative of the garden.

“It’s a change in lifestyle, not just food,” she said.

The community garden received $2,200 to re-launch their juicing program, which offers free juices and smoothies to residents in the neighborhood using produce grown in the garden. A blender is connected to the front of the bike, and the energy generated from the spinning wheels is used to blend the ingredients.

There will also be a regular blender along with the bike blender for those who physically cannot bike.

The Hattie Carthan Community Garden was one of 17 groups to receive city funding to pursue a project to improve the community, via Change by Us NYC, an online platform for developing neighborhood volunteer-driven initiatives.

The market will also be selling fresh vegetable bundles, along with a health education opportunity. Trained volunteers help individuals decide which bundle of vegetables they need most. Choices include the hydration bundle, natural energy bundle, as well as a stomach and gas condition bundle.

“What we expect to see here is an increase in awareness,” Fleming said. “This will further the health conversation in the community.”

The Hattie Carthan Community Farmers Market is a grassroots community revitalization project founded by Fleming in 2009, when she received permission from the Parks Department to clear dumping ground lots to expand the community garden. The garden was formed in the 1970s by a few neighbors who still live on Clifton Place.

Currently, the garden has 40 members and 35 individual plots. Fruit trees such as fig, peach, apple, plum, sour cherry, and apricot are grown. Two-thirds of the garden is dedicated to food production.

Since the Hattie Carthan Community Garden expanded in 2009, it has provided 60,000 pounds of fruits and vegetables for the community.

One is located on Clifton Place at Marcy Avenue directly behind the Hattie Carthan Community Garden, it opens on Saturdays from 9 a.m. to 3 p.m. running from July 13 to Nov. 17.

Their newer market runs on 49 Van Buren Street, operating on Sundays from 1 p.m. to 6 p.m. from July through November.

Both markets aim to increase fresh food access and provide agricultural education to low-income community residents in a neighborhood classified as a “fresh food desert,” according to their website.