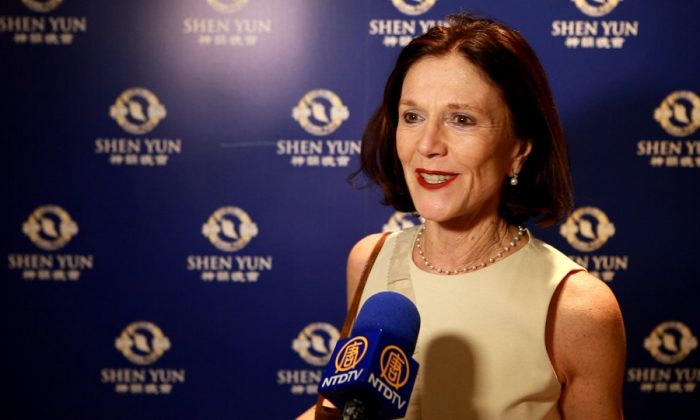 VANCOUVER, Canada—They came for costumes and dance, a vision of another world both exotic and profound, but many left with something unexpected—hope.

On Saturday, audiences enjoyed two presentations of Shen Yun Performing Arts staged at Queen Elizabeth Theatre, with many leaving surprised by the depth and beauty they witnessed.

“They are representing the hope of the future,” Josh Newton, a test developer doing research and development, said after watching Shen Yun Saturday night.

“Shen Yun represents the hope for the future because they are trying to take a message from the 5,000 years of history … and share it,” he said.

Shen Yun was founded on a mission to revive 5,000 years of divinely inspired Chinese culture, a culture all but extinguished in China after the communist revolution and a series of violent campaigns aimed at forcing the entire society to adopt atheist materialism, the foundation of communist ideology.

Buddhism, Taoism, and Confucianism were stamped out in various movements that claimed millions of lives. Ideas like filial piety, reverence for the divine and that good and evil have their just rewards were deemed heretical to the new regime. The campaign against traditional thought reached its zenith during the decade-long Cultural Revolution.

Shen Yun tours the world in an effort to revive true, traditional Chinese culture and promises audiences an uplifting experience of a divine culture. Audiences in Vancouver have been enthusiastic.

“It was just fabulous, just beautiful—outstanding. I totally loved it and I will definitely come back,” said Cindy Thrasher-Lugrin after taking in the Saturday matinee.

“It was very colourful, the music was beautiful, the dancing was spectacular,” she said.

“It was amazing, everything was so coordinated, it was just gorgeous,” said Ms. Schols.

Gisela Hartges, who retired from a career that included working in the fashion industry, came Saturday night and left equally stunned.

“The dancers were so amazing, the way they can move their bodies, the energy they have, and the way they jump and spin.”

“I really enjoyed it, I loved that there was really beautiful costumes, and colours…It was something I have never seen before,” she said.

“They were projecting hope, they were giving us hope,” she said.

Melanie Fontana, another attendee, has been to live theatre and other performances but had never seen anything like Shen Yun, she said after the Saturday matinee.

“It really took me away, the scenes, the backdrop, the [images of] moving waterfalls, and just the detail. It was very relaxing. It just took to another world.”

Aditya Jaykumar, a recent MBA grad from UBC and host of the popular My Seven Chakras podcast, said Shen Yun offered something people needed to see.

“It’s a strong message. At the end of the day, peace, culture, art, [and] creation should be spread, and it was beautifully put today. I was looking forward to it, but this event really exceeded my expectations and I am really glad I am here,” he said.

Shen Yun wraps up its run in Vancouver on Sunday but is just beginning its world tour.