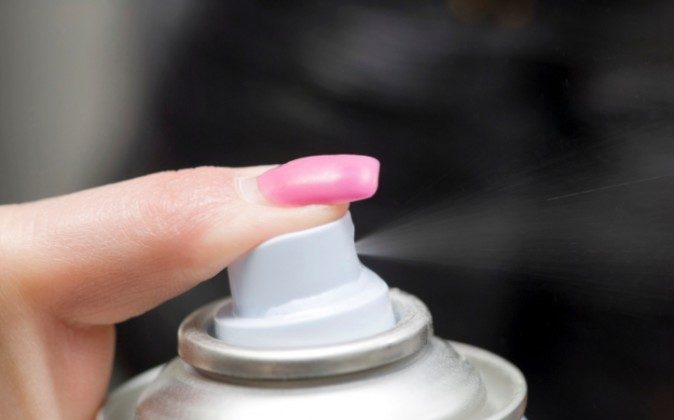 Most people probably live under the assumption that their place of dwelling is a safe haven from all the dangers that lurk “out there.” But little do they know that many common household products contain deadly chemicals that are known to cause cancer, reproductive harm, birth defects and other health damage. Here’s five of the most popular categories to avoid for the safety of you and your family:

1) Air fresheners. They’re a staple in many American households, but conventional air fresheners are a hotbed of poisonous substances. Tests conducted by the Natural Resources Defense Council (NRDC) found that most air fresheners contain phthalates, which among other things interfere with male hormone production.

Most air fresheners are also loaded with other cancer-causing volatile organic compounds as well, which interfere with reproduction, respiration and cellular regeneration. A 2008 study conducted by Anne Steinemann at the University of Washington found that all air fresheners tested emitted chemicals known to be carcinogenic, meaning they cause cancer.

Instead of toxic commercial air fresheners, stick with all-natural essential oils, which can be applied to the skin or released into the air from a diffuser.

2) Art supplies. Cultural enrichment and creativity are both positive aspirations in life, but not when they involve many conventional art supplies. Many of the epoxy materials, glues, acrylic paints and solvents, drawing utensils and other supplies used to create art contain chemicals linked to allergies, organ damage and cancer.

The federal Labeling Hazardous Art Materials Act (LHAMA) requires that all art supplies sold in the U.S. bear warnings if they cause any acute hazards. But manufacturers are not required to provide an ingredients list, which is why it is recommended that users of such supplies purchase only products that are certified by the Art and Creative Materials Institute (ACMI).

ACMI-certified products undergo rigorous evaluations by independent toxicologists to make sure that they are safe for everyone, including small children.

3) Shampoos and conditioners. Toxins in cosmetics is a huge issue today, with many conventional consumer products — including some labeled as “natural” or “organic” — containing ingredients like sodium lauryl sulfate that generate cancer-causing byproducts when used. Other carcinogenic additives commonly used in hair care products include polyethylene glycol (PEG) and cocamide DEA.

Safe Cosmetics has put together a list of the safest and most eco-friendly shampoos on the market, which are free of most or all of the chemicals listed in its “Skin Deep” database, which you can access here: SafeCosmetics.org.

Shampoo Ingredients You Want to Avoid

4) Antiperspirant deodorants. Millions of people use them daily to cover up foul body odor and reduce armpit perspiration. But antiperspirant deodorants are a no-go if you want to avoid chemicals like aluminum chlorohydrate, which can absorb directly into the skin and promote the formation of breast cancer. Aluminum from antiperspirants is also believed to contribute to brain diseases like Alzheimer’s.

Other toxic additives in antiperspirant deodorants include parabens, a class of artificial preservatives that mimics estrogen in the body and promotes the growth of cancer cells. Parabens are also linked to gastrointestinal damage, nausea and central nervous system depression.

5) Shower curtains. They might help prevent water from spraying all over the floor, but your average plastic shower curtain acts something like a radiator for toxic chemical release. Many shower curtains, it turns out, off-gas harmful chemicals known as volatile organic compounds, or VOCs, that are known to damage the respiratory tract, central nervous system, liver and kidneys.

If your shower curtain has that unique “new shower curtain smell,” it is likely releasing deadly chemicals — potentially upwards of 108 different VOCs, in fact — that are harming you and your children. For this reason, it is important to stick with only non-toxic, PVC-free shower curtains made without these harmful chemicals.

Some of the best options include shower curtains made from hemp, linen, birch, organic cotton or PEVA, which you can learn more about here: RonAndLisa.com.

Correction: This article originally stated that a study by the “U.S. Consumer Product Safety Commission (CPSC) found that nearly half of all scented candles on the market contain lead wiring in their wicks.” The CPSC said this was not the conclusion of their study. Furthermore, the CPSC says lead in candle wicks has been banned since 2003 and it  “has no information to suggest that lead in candle wicks has been a problem in the US since the ban went into effect.” The Epoch Times regrets the error.