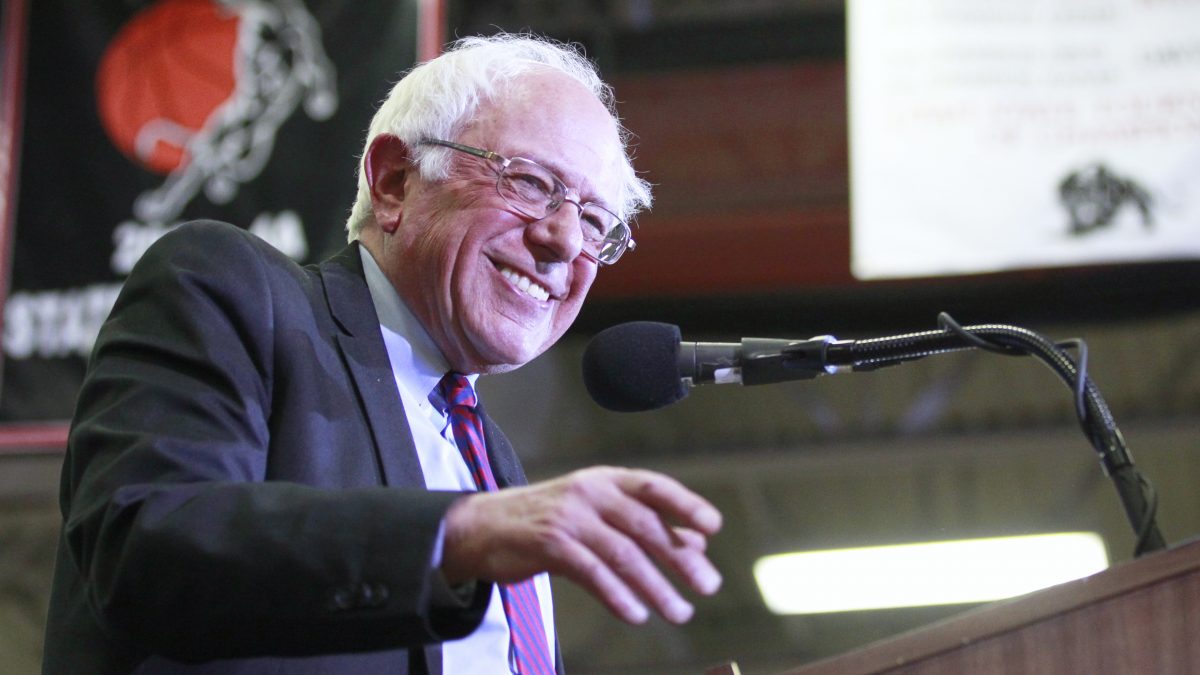 Presidential hopeful Bernie Sanders has his own ice cream flavor—made by Ben & Jerry—and you can get it for free.

It’s called “Bernie’s Yearning,” a mint chocolate chip ice cream in honor of the Vermont senator. Ben and Jerry’s founders, Ben Cohen and Jerry Greenfield, will be handing out the ice cream for free in Union Square on March 31, they announced on Twitter the day before.

Jerry & I are headed to #NYC — if you’ve been waiting to try #BerniesYearning swing by Union Square tomorrow at 5p pic.twitter.com/dmMxRIMnE1

Cohen and Greenfield, whose company office is in Vermont, have been fiercely campaigning for the democrat.

Greenfield concurred, calling Sanders unique, and saying politicians like him come along once in a generation.

“Obviously, Hillary Clinton was much better known, but I think what we’re seeing is that when more people learn about Bernie—his history in the civil rights struggle, how involved he’s been in worker issues—they’re getting incredibly excited,” he said.

But when it comes to the ice cream flavor, Greenfield said it’s the best thing.

“I’ve known Ben for 50 years and as far as I’m concerned, Bernie’s Yearning is the pinnacle of Ben’s work. And I do not say that lightly,” he said.

Lucky for them, Sanders is not lactose intolerant and he loves the flavor. He tasted it for the first time on television during the show “The View.”