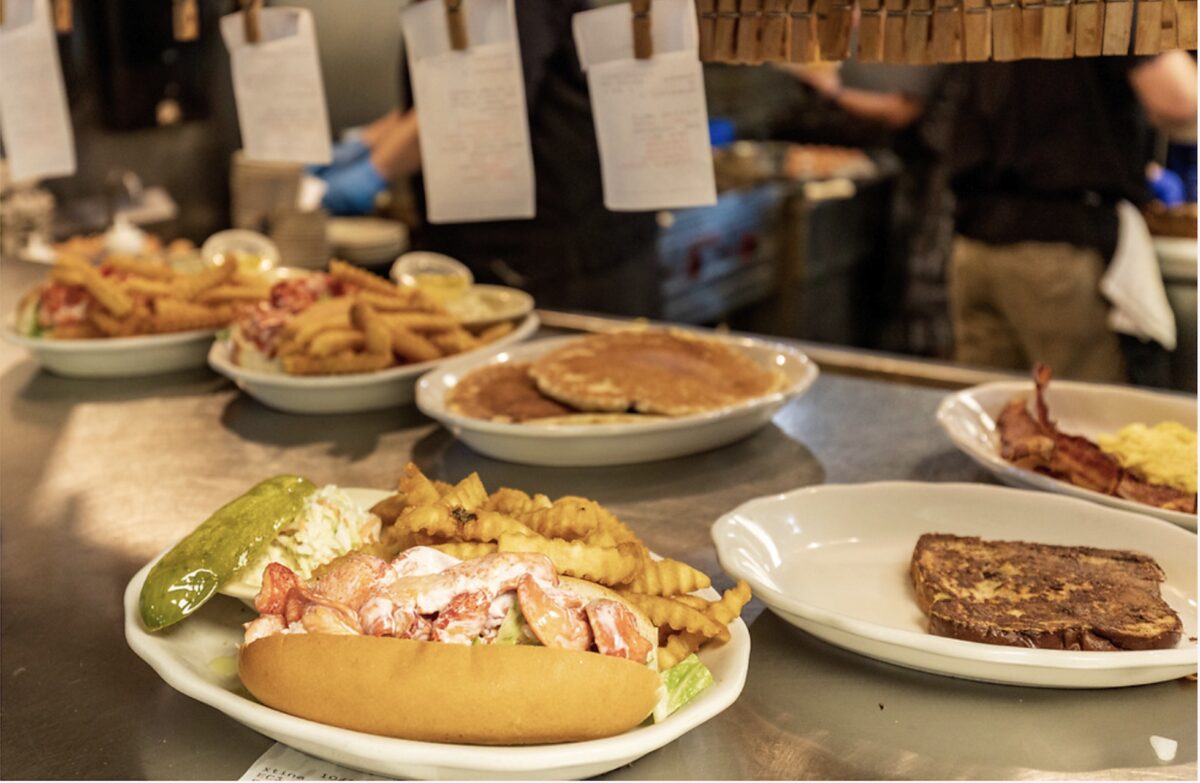 Beloved by Locals and Tourists Alike, This Maine Family Diner Shares Its Secret to 30 Years of Success

Becky’s Diner has been called ‘the soul of Portland’ and said to capture ‘the feel of Maine.’ Becky Rand shares the secret to her success
BY Peter Falkenberg Brown TIMEApril 21, 2022 PRINT

Becky’s Diner casts its home-cooked aroma across the waterfront of Portland, Maine, inviting locals and tourists to come in from the snow, the rain, and even the heat of a summer day and take a seat and be at home. Many of the thousands of Becky Rand’s customers have been accepting that invitation for 30 years.

As Becky and I wound our way through the packed first floor of diners, she looked back at me and said, “I like to think it’s because of the food.” She was correct, of course. But it wasn’t only the excellent menu that included my all-time favorite breakfast of chocolate-chip pancakes with real maple syrup. Note to visitors “from away”: When you come to Maine, real maple syrup will wean you forever from the travesty of whatever is in the Not Real syrup.

No, it was more than the food at the large, two-story diner that sits at the west end of Commercial Street. It was Becky that brought her customers back, year after year. Becky and her six children, her family and relatives, and her friends, who had worked together to create a genuine atmosphere of home. 50 percent of her customers are repeats: loyal patrons that have become friends. She knows many of their names, and they say that Becky’s Diner has “the feel of Maine” and is “the soul of Portland.” Her success wasn’t based on a clever marketing plan run by bean-counters. She turned down offers from people like that, who wanted to buy her out, precisely because they would not have been able to replicate what makes Becky’s special. Her “secret sauce” was and still is devotion.

In 1991, when she started Becky’s Diner, she was a single mother of six children, ages 5 to 16. She and her fisherman husband had divorced in 1987, and Becky was left juggling jobs and children on her own. She wrote articles for the Falmouth Forecaster for a while and started waitressing at three restaurants in Portland. One was a diner called Sam’s Harbor Lunch, and it was there that Becky discovered that she liked the diner scene more than the ritzier atmosphere of expensive restaurants. She appreciated the various classes of patrons, from the working class to the wealthy, and realized that she could run a diner.

So, at 37, with nothing more than her grit, hard work, and intelligence to back her up, she approached eight banks to get a loan of $45,000 so that she could open a diner of her own. They turned her down. Then Geoff Gattis called, from the Maine National Bank, and told her that he read her column at the Falmouth Forecaster. He liked it and thought it was an indication of her talent. He approved her loan, and all seemed well. But then the bank went through a financial review, and the loan was delayed. Becky learned later that he fought for her loan for four hours until he got the bank to fully approve it.

When Becky won a 2015 Junior Achievement of Maine Hall of Fame award, she invited Geoff and his wife Betsy to attend and recognized Geoff (and many others, including her original landlord) for helping her business get off the ground. Tragically, Geoff and Betsy were killed in a car crash in January of 2021.

With the money from the bank loan, Becky was able to lease and refurbish a small, one-story building on Commercial Street and opened Becky’s Diner in late 1991. In 1993, the owner of the building, Hobsons Wharf Corporation, decided to sell the property and offered it to Becky first because, as she commented, “I always paid my rent on time.” Purchasing the property turned out to be vital to the diner’s longevity. Even during the Covid pandemic, there was no landlord to answer to or sell the building out from under her or raise the rent beyond her capability to pay. She was her own boss, and she owned the building.

Her growth has been impressive. The original building was a run-down, one-story mess. Today, Becky’s Diner has two stories and a large back deck overlooking Portland Harbor. It’s packed with customers every day and is one of the most recognizable landmarks on Portland’s waterfront.

Her family was cautious about her new venture at first. But they changed their mind. Becky brought a superlative work ethic to the business. She’s worked seven days a week for 30 years and is in the diner for around 12 hours a day. But it’s not drudgery: She simply loves her work and loves her customers. In 2021, Becky Rand is not planning to retire.

The diner put her children through college and offered her family employment. All of her children and most of her close relatives have worked at the restaurant at one time or another. Many of her employees have been with her for years, always a strong indicator of a healthy work environment. The day before I interviewed Becky, one of her first employees, a waitress named Robin, had retired after 30 years.

I asked Becky if she had had any major crises during the last 30 years that might have shut the business down. She laughed and said, “Every day is a crisis.” Not everything has been easy, even though her mortgage is almost paid off. In 2009, she was diagnosed with thyroid cancer and had to take a radioactive pill that flooded her whole body. But the cancer was cured. Then, in 2010, she had a heart attack that required quintuple bypass surgery. The surgery was a success, but she had a severe allergic reaction to the heart medicine. Zack, her fifth child, who has a business and math brain, ran the diner the month that Becky was in the hospital. He did an excellent job and eventually became the manager.

The diner is financially healthy and survived the pandemic shutdowns by offering take-out and then partial seating. Masks have been hard on the staff, but they’ve endured: It really helps to have a good boss. When I arrived at 1 p.m. for our interview, there was a line outside, and when I left at 2:30, there was a new line outside, with more people arriving. I’ve been in restaurants with no customers, which always made me wonder about the health and taste of the food. Becky’s is not that kind of place. Her customers are eclectic, ranging from the single guys who don’t cook and come to Becky’s every day, to fishermen, and all the way up the ladder to famous people, both locals and tourists. As I concluded our interview, I asked Becky if she had anything to add. She looked at me and smiled, and said, “I just want to thank our customers.” That seemed perfectly fitting for a story about home cooking and 30 years of devotion. 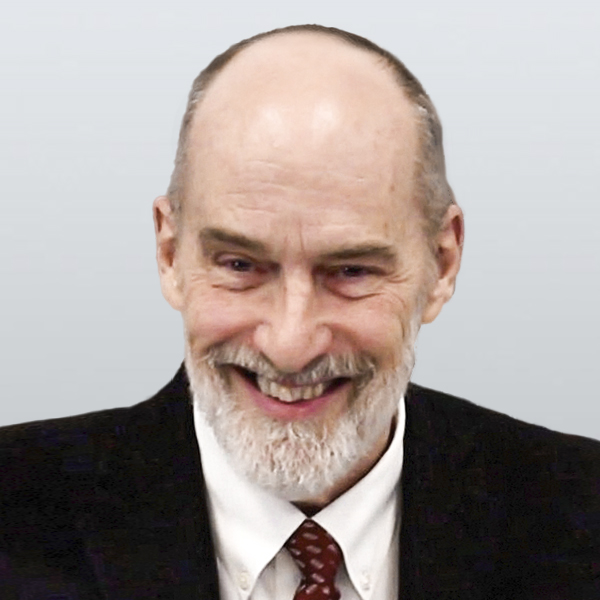 Peter Falkenberg Brown
Follow
Peter Falkenberg Brown is the Chairman of the Gray Republican Committee in Gray, Maine. He’s a writer, author, and public speaker and hosts a video/podcast channel called “The FalkenBrown Show” (aka “Love, Freedom, & the World”) at https://peterfalkenbergbrown.com. He’s written three books, including "The Mystical Love of God" and a book of short stories called "Waking Up Dead and Confused Is a Terrible Thing." Email him at: peterbrown@worldcommunity.com.
SHARE
Friends Read FreeCopyFacebookTweet
You May Also Like