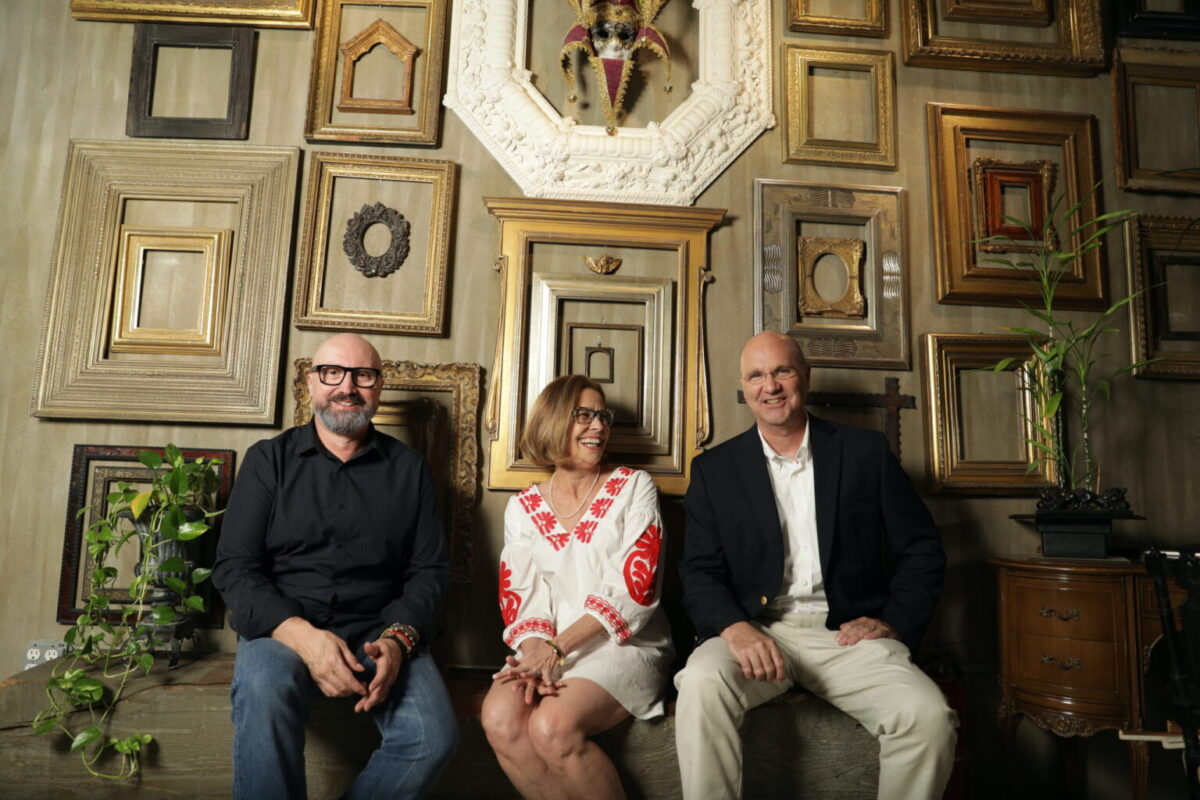 Back in 1992, artist José-María Cundín, originally from the Basque Country, Spain, released a hand-engraved facsimile of the United States Declaration of Independence, after three years of hard work and collaboration with craftsmen from his homeland—a papermaker and a renowned metal engraver. But the project didn’t draw broader interest from the American public.

Sara Fattori, who owned a fine art gallery in Palm Beach, Florida, before starting her interior design business, knew of Cundín’s work, but it wasn’t until her father’s passing, around 2007, that she pondered more deeply the meaning of the country’s founding document and the possibility of promoting Cundín’s hand-engraved version. Her father had fought in World War II and was part of an aviation force in the Normandy invasion. “The reality of war,” she said, and the sacrifices made by previous generations to preserve freedom, moved her.

Around 2014, when an opportunity arose to donate a Cundín engraving for an auction event benefiting the Carson Scholars Fund’s initiative to promote literacy in low-income neighborhoods, Fattori began searching for a frame worthy of encasing the document. While researching online, she discovered Marcelo Bavaro, a fourth-generation historical frame maker based in New York, whose Italian family inherited a century of craftsmanship in carpentry and gilding. Fattori instinctively knew he was the right fit.

When they met, Bavaro said the Declaration should be encased in a Federal-style frame befitting the time period when the original document was drafted—the newly formed country wanted to distinguish itself from its former ruler, so a style emphasizing simple, clean lines was popularized, contrasting sharply with ornate British detailing. “I knew I was with the right person when Marcelo said, ‘Oh, it should be in a Federal-style frame,’” Fattori said during a recent interview at Bavaro’s Brooklyn firm Quebracho Inc., which restores and makes frames for top museums, art galleries, and auction houses.

Bavaro was intrigued by the project: “I always wondered how this country was guided by this piece of paper for centuries. And everybody respects it. I come from a country where nobody respects anything.” He was referring to Argentina—his family emigrated there in the early 20th century. In the early 1980s, when Argentina was under military rule, Bavaro himself was caught in the political turmoil and jailed for writing articles that criticized the government. Due to his family’s influence, he managed to escape and was on the run for five days before crossing the Brazilian border and taking a plane to the United States, where he met up with his father, the first of his family to settle here.

Federal-style frames require incredible carpentry skills; an artisan must shape the wood into a narrow concave shape. There are few workshops left in the world that are still engaged in this artwork. “Craftsmanship is something that is dying out,” Bavaro said. “It’s so simple to make money sitting in front of a computer; why are you going to break your hands doing what we do?”

While working on the Declaration project in 2014, Bavaro, together with Fattori and her husband, Paul, joined forces to launch a new company, Fattori Fine Frames, that would provide custom-made, handcrafted frames for people looking to frame artwork and mirrors in their homes.

The auction event that took place the following year was a success, with a member of the Daughters of the American Revolution buying the framed document.

Cundín’s facsimile is a copy of William J. Stone’s engraving—the latter was commissioned by then-Secretary of State John Quincy Adams during the 1820s as an official government copy, because Adams had grown concerned over the fragile condition of the original Declaration. In Stone’s tradition, Cundín set out to make a hand-engraved brass plate—it would be the first such engraving since Stone’s time.

Cundín always had a personal connection to America, even before becoming a citizen in 1971. His father was born on July 4 and frequently joked about how his birthday coincided with that of America’s. Cundín was moved by the content of the Declaration upon reading it in its entirety. “The demand for freedom—that is the connection that I found most touching in my heart,” he said in a recent phone interview.

When he began the engraving project in 1989, out of curiosity he started researching the founding fathers who signed the document. Cundín found out that John Adams had visited the Basque Country in 1780, and had been so inspired by the local governance system that he kept it in mind while drafting the United States Constitution years later. Adams also wrote about the “Biscay” government in his treatise, “A Defence of the Constitutions of Government of the United States of America,” stating, “While their neighbors have long since resigned all their pretensions into the hands of kings and priests, this extraordinary people have preserved their ancient language, genius, laws, government, and manners … their love of liberty, and unconquerable aversion to a foreign servitude.”

The connection with Cundín’s homeland convinced him to look for artisans there for the engraving project. Pedro Aspiazu, who was born into a multi-generational family of engravers, hand-chiseled the plate, while a Basque company handmade the paper from pure cotton, and a Madrid company did the printing.

Cundín retained the same paper size as the original, but reduced the text size so there would be empty space—“a visual environment, to make it … a document that everybody could receive in the mail, but in a magnificent size,” he said. The framed engraving resembles a painting, yet is humble in its quiet dignity. Cundín’s team made 1,200 copies—the first few were gifted to George H.W. Bush during his presidency, the king of Spain, and the United States Congress. Today, there are about 1,000 copies still available for purchase.

Paul Fattori hopes that younger generations can truly appreciate what this document means and the extent to which the signees risked their lives to publicly protest the British monarchy. “It symbolizes all that freedom, that liberty—and it’s about the people, … consent of the people,” he said.

Sara Fattori hopes Americans neither take their freedoms for granted nor forget about the balance of powers in government. “I’m looking at a country like a family unit; like, if someone is too powerful and controlling, then the other people are not going to thrive … and be able to flourish as a human being,” she said.