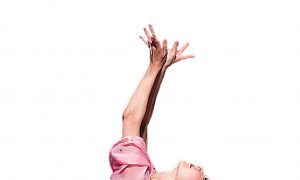 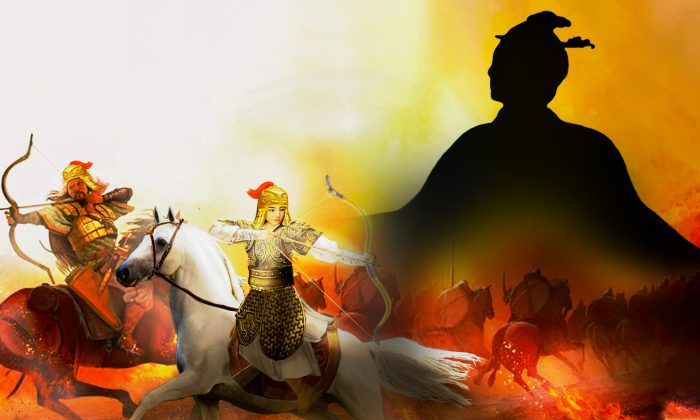 The queen was the first general in China’s written history to apply ambush tactics in war. (NTD)
Chinese Culture

Before Mulan, There Was Fu Hao, Warrior Queen

Established in 1600 B.C., the Shang Dynasty marked a golden age of early Chinese civilization. Ancient China emerges in the light of history for the first time, shown in the clear written records that remain.

The Shang Dynasty spanned over 500 years, and the kings, like many rulers of the ancient world, kept control by constantly waging wars. One of the monarchs, who grew up among the common folk, led the Shang to its pinnacle. He was Wu Ding, the 23rd king of the Shang Dynasty.

In his early years, Wu Ding was sent by his father to experience the life of an ordinary citizen. No one at his new home knew that he would one day be their king.

Eventually, Wu Ding reached the age of marriage. At the time, kings of the Shang would cultivate the allegiance of neighboring tribes through marriage alliances.

Wu Ding wondered what kind of woman he would marry.

Finally, the day of Wu Ding’s grand marriage came. When the wedding procession reached the palace, Wu Ding saw his bride for the first time. She was Fu Hao, a princess from a neighboring tribe.

A Different Kind of Woman

Their days together after marriage were happy. Then gradually, Wu Ding found his queen to be different from other women.

According to writings in ancient tomes, Fu Hao would cease all speech and laughter whenever she heard thunder, to show reverence for the gods. Although she would be surprised by the sound, her calm demeanor wouldn’t waver.

When Wu Ding succeeded to the throne, the Shang Dynasty’s strength was on the decline, with many internal and external factors threatening the stability of the empire.

When an enemy invasion came from the north, the border guards repeatedly sent urgent messages to the capital requesting aid. Wu Ding was worried because he couldn’t find a general who could turn things around.

Unexpectedly, Fu Hao stood in front of him, dressed in full battle armor. She appealed to the king to let her lead a military campaign against the invaders.

Although Fu Hao demonstrated unusual courage and had received military training since she was young, Wu Ding was hesitant to send his beloved wife into the ferocious battle. But because of her persistence, Wu Ding decided to conduct a divination. The result of the divination revealed that it was auspicious for Fu Hao to join the war. Wu Ding accepted Fu Hao’s request without further delay.

As soon as she entered the battlefield, Fu Hao revealed her outstanding military talent; the enemy was badly defeated and never again rose to challenge the Shang.

The bronze yue (or battle-axe) in the Shang Dynasty was not an ordinary weapon, but a symbol of military power. It is believed that the larger the size of the yue, the more power the owner wields. In 1976, two large bronze yue with the inscription “Fu Hao” were unearthed in the Yin Ruins. The largest yue is about 15 1/2 inches long, 14 3/4 inches wide, and weighs 19.8 pounds. It is engraved with a symbolic pair of twin tigers with mouths open around a human head.

Around the 13th century B.C., Shangqiu, a city of the Shang, was attacked by the Yinfang. Wu Ding led Fu Hao to defend Shangqiu. After arriving at the battlefield, Wu Ding decided to launch an assault in the middle of the night, but Fu Hao didn’t join him. Instead, she quietly left the front lines. Alone, Wu Ding led a fierce charge against Yinfang’s forces. Yinfang’s front lines were broken. They fled from Wu Ding’s pursuing forces and eventually arrived at a quiet valley.

But before Yinfang’s army could catch their breath, Shang flags emerged at the top of the valley. There were two large characters written on the flags: “Fu Hao.”

Faced with enemy soldiers on both sides, Yinfang’s troops were thrown into disarray. Before long, the whole army was wiped out.

The queen was the first general in China’s written history to apply ambush tactics in war.

But this was not Fu Hao’s greatest accomplishment …

Starting the third millennium B.C., Indo-Europeans had been carrying out a massive migration to find new pastures where their animals could graze. Like most pastoralist peoples throughout history, they were fiercely warlike and would conquer, kill, or drive off the land’s inhabitants in order to use their fields. The first advanced civilization of Europe, the Minoan civilization, was shattered. Later, one of the greatest civilizations in history, Chinese civilization, was also driven to the brink of extinction.

The group of Indo-European invaders that migrated southward into China was known as the tribe of Qiangfang. They invaded from the northwest of Shang when Wu Ding was battling against another tribe in the east. The attack from Qiangfang became a big threat to Shang’s army. Wu Ding was in a perilous position.

Fu Hao was very worried, but she declined the idea of immediately sending off the limited military power remaining. Instead, she walked into prison.

With several thousand criminal recruits and the remaining Shang soldiers, Fu Hao commanded a united force of more than 13,000 people to the battlefield. The criminal recruits fought hard. The invaders were terrified by their fierce attack, turned on their heels, and ran.

This was the largest battle fought during King Wu Ding’s reign.

Fu Hao, who saved Chinese civilization, became known as a goddess of war.

One of the most important state affairs in the Shang Dynasty concerned military issues. Even more important was the worship of gods and ancestors, and performing divinations in attempts to predict the future.

The ancient kings would inscribe their name and the date of the divination on the bone, along with a question. They would then heat the bone until it cracked, and then interpret the shape of the crack, which was believed to provide an answer to their question.

The question and results of the divination would be carved into oracle bones after the ceremony. They were stored and regarded as interactive letters between the kings and the gods.

Fu Hao’s name appeared more than 250 times in oracle inscriptions carved on bones and turtle shells inside a Shang tomb. Across 3,000 years of change and turmoil, these inscriptions still proclaim the king’s unceasing affection for his most favored queen.

Fu Hao’s existence is said to be one of the auspicious portents bestowed upon Wu Ding and the Shang people. She assisted Wu Ding in many military campaigns and massively expanded the Shang territory. Thus, Wu Ding’s reign marked the time when the Shang Dynasty was most powerful. Then, Fu Hao quietly departed, having accomplished the mandate of Heaven.

Some speculated that Fu Hao was exhausted from fighting wars. Others thought her health had gradually worsened after giving birth.

Wu Ding was devastated and could not accept his queen’s passing.

“Fu Hao is still here, isn’t she?
Can Fu Hao delay her death?
Has she left?”

Even after her death, he asked the gods: “Can I sacrifice 10 cows as a tribute to Fu Hao?”

After Fu Hao passed away, Wu Ding had her buried in an area within his palace instead of the normal royal tomb areas, so that she could stay beside him and watch over her country.