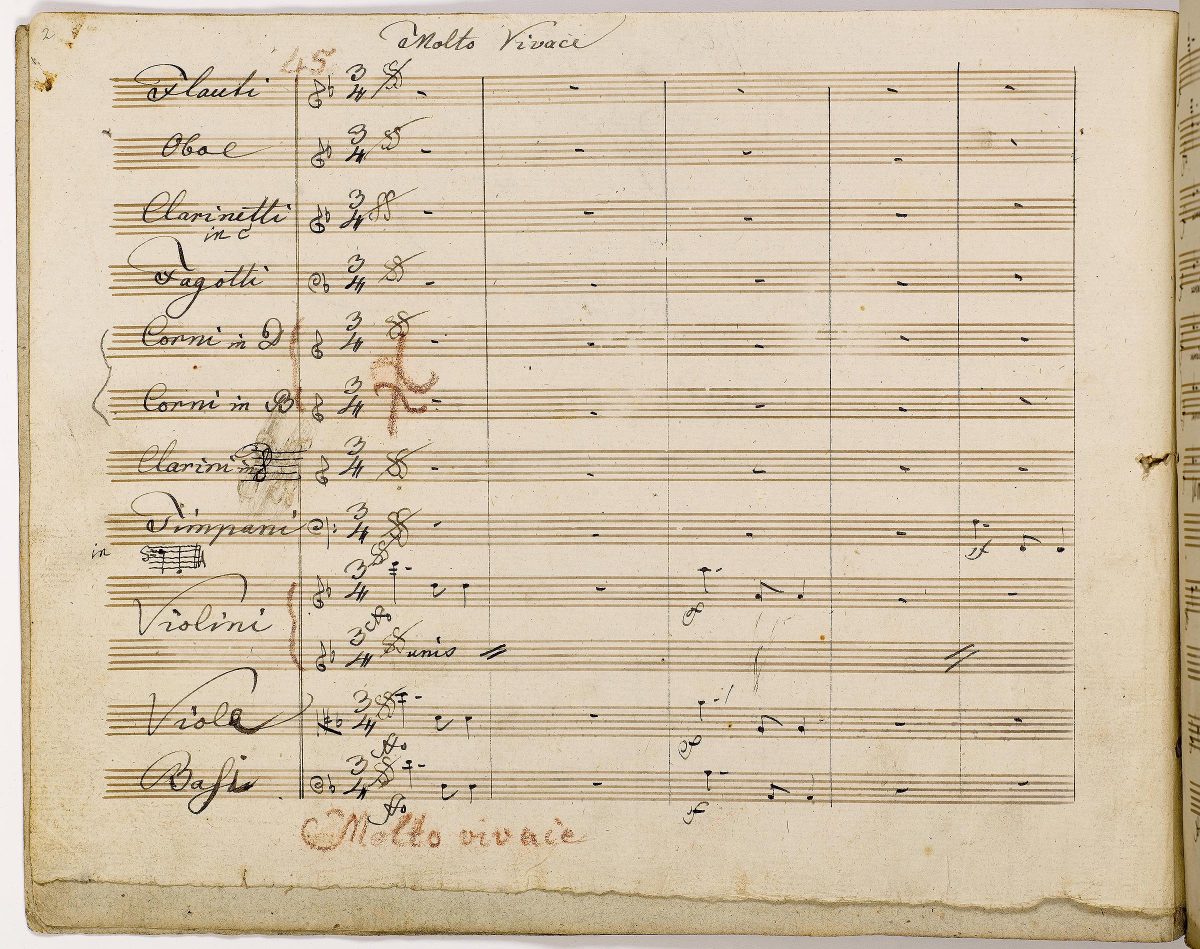 The copyist manuscript of the second movement of Ludwig van Beethoven’s Symphony No. 9. (Courtesy of The Juilliard Manuscript Collection)
Arts & Culture

NEW YORK—The room where J.P. Morgan once held private breakfast meetings, negotiating talks with New York bankers over how to end the 1907 financial crisis, is now a temporary home for two copies of what is regarded as the most influential work of music in the Western canon, Beethoven’s Ninth Symphony.

Two copyist scores, one of the second movement and one of the last of Beethoven’s Ninth Symphony, are currently on display in the study of the Morgan Library from Oct. 8 to Dec. 1. The annotations on one of the copies were personally written by Beethoven; the large, maroon 3/4 time signatures and crossed-out sections in pencil look hastily scribbled.

This marks the first time that the manuscripts for the second and the last movements have come together since the piece was created and copied in 1824.

The Ninth Symphony is known as Beethoven’s greatest symphony and is one of those he composed when he was nearly deaf.

Beethoven was notorious for his fits of fury directed at copyists. He personally made sure that not a single detail was altered from the original.

The piece was commissioned by the Royal Philharmonic Society, which hoped that the symphony would premiere in London.

Beethoven was Beethoven after all; he could premiere his pieces wherever he wanted. The Ninth Symphony was premiered in Vienna in May of 1824 under his supervision.

The Royal Philharmonic Society funded the displays as a part of its bicentennial celebrations.

New York celebrations in October include concerts, talks, and lectures at The Juilliard School and Lincoln Center, and performances of Beethoven’s Ninth Symphony.