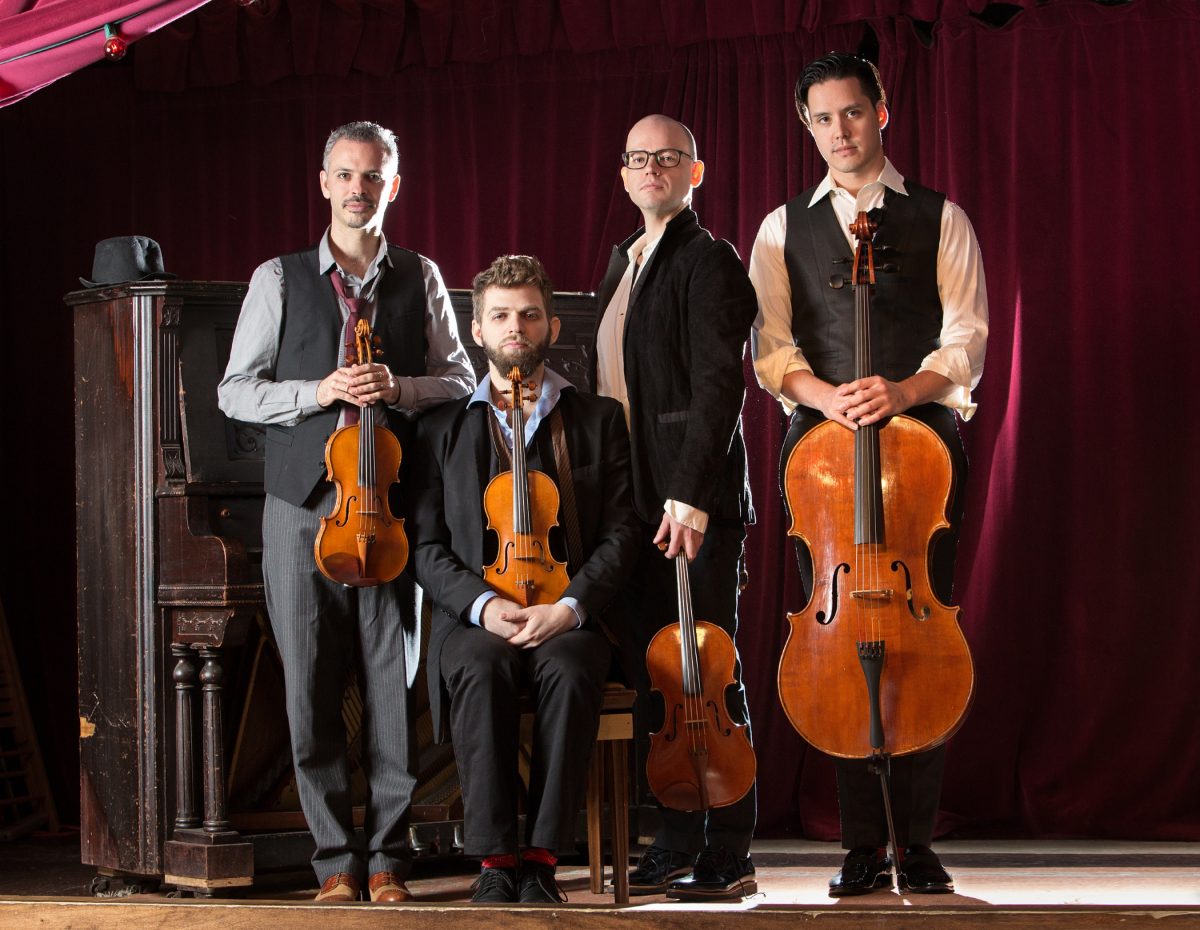 The legacy of healing harmonies reverberate even today
BY J.H. White
TIMEAugust 5, 2019

It’s amazing how good music can lift your mood.

On May 10, the string quartet Brooklyn Rider performed live at public radio station WGBH’s Fraser Performance Studio in Boston. For their last piece, they played the “String Quartet in A Minor, Op. 132 III. Molto Adagio—“Holy Song of Thanksgiving of a Convalescent to the Deity, in the Lydian Mode” by Ludwig van Beethoven.

This third movement became the inspiration for the quartet’s current project, Healing Modes, featuring five new commissions that they’ll be touring with this summer and through next season.

“We took our cue from the tradition, this Opus 132 quartet of Beethoven’s, [which] is just one of the great works in our tradition,” says Brooklyn Rider’s Nicholas Cords in an interview on Classical King 98.1 FM.

I wasn’t at the performance in person, sadly, but I could still feel the spirit of the quartet, and the soul of the music emanating from the video online. The piece starts slowly, with strings harmonizing, lengthening the feeling of time.

“In this idea of a convalescent addressing the Deity, I think there’s a sense [Beethoven] wanted to give of timelessness, of eternity, of touching that thing that is beyond,” says quartet member Colin Jacobsen. He explains that musical time can change your perception of actual time, making the 15-minute Opus 132 “seem to stretch out for an eternity.”

Brooklyn Rider violinists Johnny Gandelsman and Jacobsen, violist Cords, and cellist Michael Nicolas bob in rhythm together; their heads and instruments are like buoys in swaying, baptismal waters—solemn, sacred, and rejoicing of rebirth.

Beethoven composed the piece in 1825, just two years before his death. He had been fully deaf for many years, drawing him further away from others, and deeply into his creative silence. But, at the time, Beethoven contracted a painful stomach ailment that would paralyze him for periods, cutting off his closest, constant companion—his music.

“He was not able to write and create, and I think that was probably the single most important thing [to him],” Cords says.

His debilitating sickness interrupted the completion of Opus 132, but he eventually regained his strength, and finished the piece. Beethoven’s battle with mortality would forever live within this composition.

A few minutes into the 15-minute song, the tone, meter, and spirit become bright and jubilant. You can feel Beethoven’s joy, and gratitude, toward the Creator.

“The music celebrates this idea of giving thanks and actually feeling new life and new energy, [from] the body healing,”  Cords says. “The music represented this sense of return of the creative power, the joy of that, and just giving thanks.”

It’s possible the piece embodies even more than thanks. The best way for Beethoven to convey his own exultation would be to put the listener into a state of rapture and healing.

The Healing Mode of Music

This third movement is written in the Lydian mode, a seven-note major scale where the fourth note is raised one half-step. The mild sharpness of the fourth note naturally pulls your ear upward to a perfect fifth tone, effortlessly elevating and brightening the song, and a listener’s spirit. It has become a favorite scale for Hollywood composers, who want to lift and inspire the audience with dramatic film scores.

“[It’s] a very conscious choice on the part of Beethoven,”  Cords says. Lydian mode is an old mode, used in traditional church music.

“[Lydian] mode has been associated with healing properties going back to the ancient Greeks,” Jacobsen says. He explains that the ancient Greek Pythagoras writes about music “related to religious rights and a sense of alignment with the universe.”

The sixth-century B.C. Greek philosopher Pythagoras shaped Western culture forever. He was known as the “Father of Music and Harmonics,” as well as the father of mathematics, geometry, and even philosophy, inspiring successors such as Plato and Aristotle.

Pythagoras was the first person in the West to prescribe music as medicine, healing through sound and harmonic frequencies.

In his teachings, the “Golden Verses,” Pythagoras taught the underlying purpose of life is to align oneself with the divine. The purpose of music wasn’t for entertainment, but rather to express “harmonia,” a divine principle that attunes a person with his divine nature, harmonizing imbalances and disorder. Furthermore, music helps people to enlighten to the structure and order of nature and the cosmos.

Two generations later, Plato echoes similar sentiments about the transformative, higher calling of music in his book, “The Republic”: “Rhythm and harmony find their way into the inward places of the soul, on which they mightily fasten, imparting grace, and making the soul of him who is rightly educated graceful,” according to the Benjamin Jowett translation.

Beethoven’s ability to connect us with deeper levels of existence and how that ability transforms us is why his music will never die.

“I think there’s always a need for healing both on an individual and societal level, [and] it does feel to us that this is something we can all use,” Cords says in an interview on Classical MPR. “Music is able to bring people together in community, in sound, in harmony, in a way that few other things are [able to].” 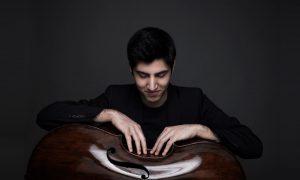 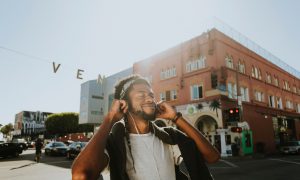 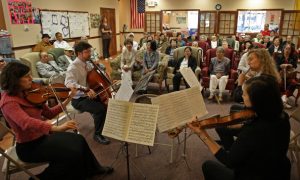