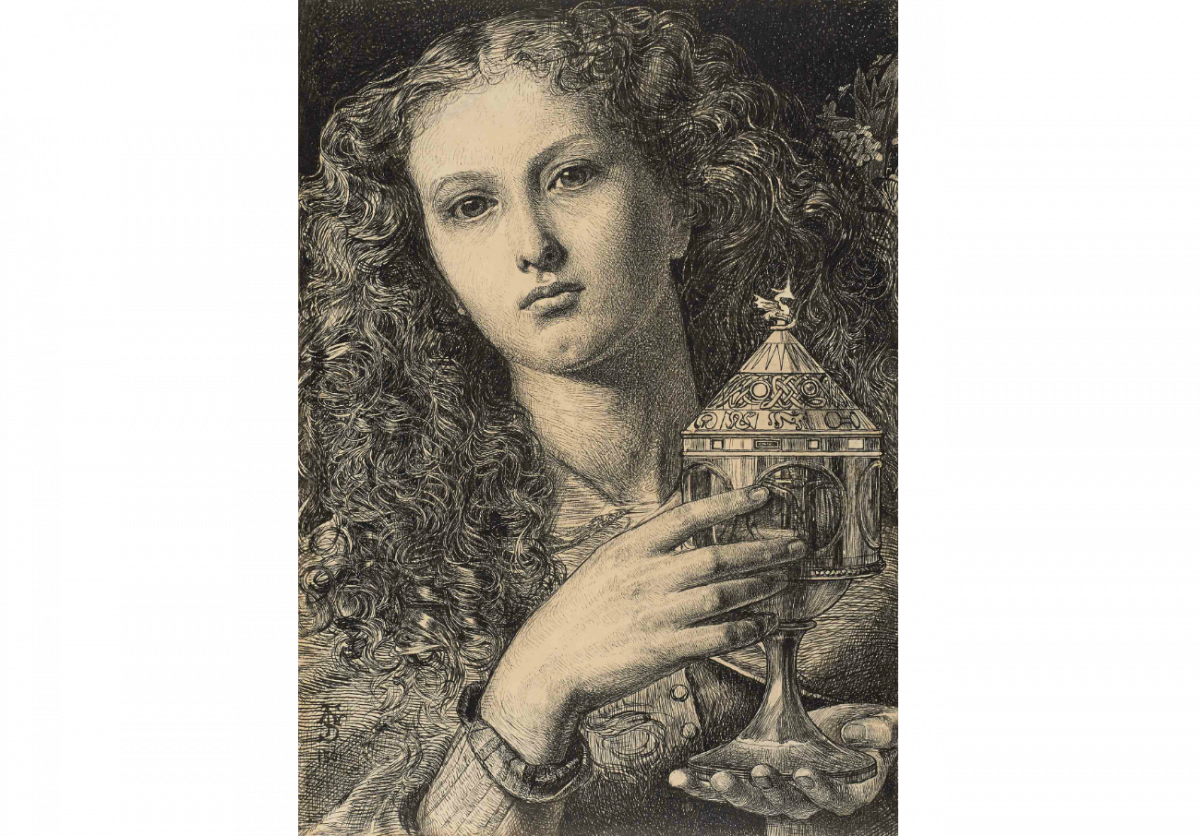 Drawings by the Pre-Raphaelites and their contemporaries
BY Pam McLennan TIMENovember 18, 2015 PRINT

After more than 30 years of collecting British Victorian art, Dennis T. Lanigan of Saskatchewan has loaned some noteworthy pieces for the exhibit “Beauty’s Awakening: Drawings by the Pre-Raphaelites and their Contemporaries” now showing at the National Gallery of Canada.

There are over 120 drawings in the exhibit. Lanigan said he chose 40 of his best drawings and 40 others because they are rare and not often available for viewing. The rest are from the NGC’s collection.

“In selecting artworks for this exhibition I have not necessarily chosen those by the most famous artists, nor the most valuable pieces. … I opted to showcase the breadth of my collection,” Lanigan writes in the exhibit catalogue.

The majority of the exhibit is studies for paintings, but also includes designs for stained glass, plates for illustrating poetry, books, and periodicals, along with sketches for textiles and ceramics. There are finished pieces as well that show the end result of all the preparatory work.

A group of British artists (painters, poets, and critics) formed the Pre-Raphaelite Brotherhood in 1848 with the intent of setting standards for art of the day based on classical aesthetics.

To the Pre-Raphaelites, artistic standards had fallen with the advent of impressionism.

The name of the exhibit refers to an 1899 British play called “Beauty’s Awakening” that tells of Knight Trueheart’s quest to find and awaken “the spirit of all things beautiful.”

To the Pre-Raphaelites, artistic standards had fallen with the advent of impressionism and works that weren’t representational, or were personal expressions of the artist that left interpretation of the subject up to the viewer.

As they saw it, the ability to draw was gold and a good painter needed to first be able to draw. The group emphasized precise detailed representation of objects—even those in the foreground, which were often blurred or in shadow. They wanted to create sincere representations of beauty from classical and medieval times as well as the Renaissance, believing that spiritual and creative integrity had been lost from the arts.

The use of drawings as preliminary studies before preparing an actual painting was well-established and is highlighted time after time in so many of the pieces in the NGC exhibit.

The preliminary sketches can be even better than the final painting. For example, Frederick Sandys’ “King Pelles’ Daughter Bearing the Vessel of the Sangreal” is a superb rendering that outshines the final painting in oils.

The Pre-Raphaelites’ subjects were varied, and included illustrations of classical history and mythology, nature, and portraits of models, wives, and lovers, while emphasizing the spiritual significance of art.

With the belief that artists and writers were closely linked, Pre-Raphaelitism influenced poets of the time and many of the artists chose to illustrate the works of their favourite poets. Writers and poets were encouraged by the group to try each other’s craft.

It’s worth noting that there are only four female artists included in the exhibition: Marie Sparalli Stillman, Evelyn de Morgan, Elizabeth Siddal (a model for the Pre-Raphaelites who became an artist), and Louisa Anne Beresford.

By the 20th century, art was being used increasingly less in realistic representation. The Pre-Raphaelite movement had all but faded away and was even looked down on. However, it underwent a revival in the 1960s and its artists continue to be showcased in major galleries to this day.