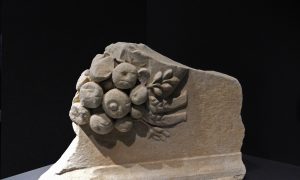 The Colosseum: Death and Glory in Ancient Rome
0 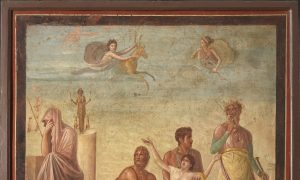 Ancient Greece Gives Us 'A World of Emotions'
0 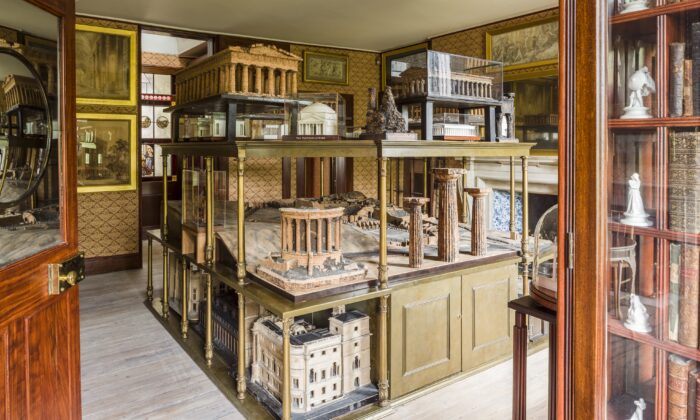 ‘Bearing Rome Across the Alps’: The Cork Architecture of Ancient Rome

In 18th- and 19th-century England, wealthy young men traveled to continental Europe to explore ancient sites, discover ancient relics and Renaissance art, and learn the languages and culture. Known as “Grand Tours,” these cultural explorations were rites of passage in which men became gentlemen.

“Nothing can be compared to the new life that the discovery of another country provides for a thoughtful person. Although I am still the same I believe to have changed to the bones,” Johann Wolfgang von Goethe wrote in the “Italian Journey” based on his time in Italy between 1786 and 1788.

At the time of Goethe’s Grand Tour, 18th-century artisans in Rome and then in Naples made cork architectural models to sell as souvenirs. The grand tourists who bought these models were said to be “bearing Rome across the Alps” as they took these miniatures of ancient Roman architecture home.

For English architect Sir John Soane, these cork miniatures were more than mementos: They were aide-mémoire (memory aids) that influenced his neoclassical architecture, his working models to show concepts to his clients, and his teaching aids for his students and those attending his lectures at the Royal Academy Schools in London where he was professor of architecture. A selection of Soane’s models is on display, arranged as he intended them to be, in his model room in the home that he left to the nation as the Sir John Soane’s Museum, in London.

In 1776, 23-year-old Soane was an architecture student at the Royal Academy, and his design for a classical triumphal bridge won him the Royal Academy Gold Medal, allowing him to fund his Grand Tour. Soane sketched many ancient sites during his European tour, and when he returned to England, he collected models of the sites he had visited.

The circular Temple of Vesta at Tivoli, about 19 miles from Rome, was one of Soane’s favorite Roman buildings. Leading model maker Giovanni Altieri’s cork model of the Temple of Vesta, made in the 1770s, is prominently on display in Soane’s model room.

Built in the first century B.C., the circular Roman temple is believed to be dedicated to Hercules, or to Vesta, the Roman goddess of home, hearth, and family. (Rome’s Pantheon is another excellent example of a circular temple.)

Set on top of a cliff edge opposite the Aniene Falls, the Temple of Vesta appears partly cocooned by elegant Corinthian columns in varying states of decay. Narrow vertical grooves on the columns seem to elongate the enormous columns, and ornamental capitals (architectural features that sit on the tops of columns) are decorated with leaves and scrolls that typify this classical style of architecture called the Corinthian order. The Corinthian order is the most ornate of the three styles of classical architecture, the Doric and Ionic being the others.

Soane had sketched the Temple of Vesta in his 20s during his Grand Tour, and many years later he praised the temple in his Royal Academy lectures, for “the uncommon taste, lightness, and elegance of every part of this beautiful composition has never been surpassed, nor can be sufficiently admired.”

The Temple of Vesta influenced Soane throughout his career. One of the most prestigious examples of its influence was the Bank of England building with its aptly named Tivoli Corner.

Sadly, Soane’s original Bank of England building, built between 1788 and 1827, underwent numerous reconstructions between 1921 and 1939, and no longer captures Soane’s intentions.

To find out more about the model room at Sir John Soane’s Museum, visit Soane.org