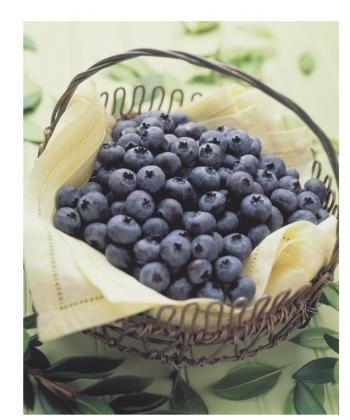 British Columbia is the largest blueberry producer in Canada and the second largest in the world after Michigan in the United States. (Courtesy of the BC Blueberry Council)
Food & Dining

Sandy Wu
View profile
Follow
biggersmaller
Print
Blueberry season is upon us, and nowhere are the little sweet berries more appreciated than in British Columbia, one of the largest blueberry producing regions in the world.

Blueberries and the mild, moist climate and acidic soil of the Lower Mainland are a natural fit, and the berries have been grown in this west coast province for over 100 years.

Today, B.C. is the largest blueberry producer in Canada and the second largest in the world after Michigan in the United States.

“We have the perfect conditions to grow the best berry,” says Will van Baalen, executive director of the B.C. Blueberry Council.

Van Baalen estimates this year’s crop will produce about 85 to 90 million pounds, up from 70 million in 2008. This is a boost to the economy estimated at $150 million, he says, which “translates into probably half a billion dollars in spin-off in the whole community.”

Picking the fresh blueberries is very labour intensive as most of it is done by hand, says van Baalen. Those that are picked by machine often get damaged so are used mainly for processing.

“The equipment is now being developed where they can do some fresh with machines, but the shelf life is reduced. Instead of the two-week shelf life of handpicked berries, you might get reduced to about a week. So it has to be consumed immediately.”

It was after the health benefits of blueberries emerged about 10 years ago that the production of and the demand for blueberries exploded, says blueberry expert Ruth Lowenberg, a registered dietician.

“It all began when they discovered that berries topped the list of antioxidants,” she says, with blueberries, in particular, providing more antioxidant value than most other fresh fruits.

Before that, blueberries were “just another berry for pie—they weren’t necessarily a berry that had a significant health benefit.”

Research indicates that the high antioxidant content in blueberries can prevent heart disease, diabetes, and the natural progression of cell damage that leads to diseases and aging. They are a great source of vitamins, minerals, dietary fiber, phenolics, and flavonoids, and are very low in fat and sodium.

Blueberries also contain condensed tannins that help prevent urinary tract infections and anthyocyanin a natural compound linked to reducing eyestrain. It is believed that the pigment anthocyanin, which gives the berry its colour, is responsible for most of the health benefits.

Blueberries also lend themselves well to cooking, and can be used in everything from beverages, breakfast dishes and entrees to salads, desserts, and sauces.

One of the goals of the B.C. Blueberry Council is to introduce blueberries to the Chinese population, where they haven’t really caught on yet. “It’s not something that is native to their food culture,” says Lowenberg.

“Of course we all love fruit, so it may be just a transition to get the Chinese community to love blueberries as much as well … and enjoy them in a million different ways.”

• Look for blueberries that are firm and plump and have a silvery sheen, called a “bloom.”
• The size of a berry does not indicate sweetness or ripeness, but colour does.
• Berries with a reddish colour aren’t fully ripe and will be tart; use them in baked and cooked items.
• Store fresh blueberries covered in the refrigerator for up to 10 days.
• Rinse fresh blueberries just before using.
• Simply freeze blueberries in their original clamshell container. Put the container in freezer bags or cover with plastic wrap. Rinse when ready to use.
• Commercially frozen blueberries are washed and then individually quick-frozen, so you can remove as few or as many as needed. Return unused portion to the freezer promptly.
• Frozen blueberries can be kept for up to a year.

To serve: Slice biscuits horizontally in halves, and spread apricot preserve on bottom halves. Cover with tops. Serve with reserved blueberries and whipped cream, if desired. Any unfilled biscuits may be frozen for later use.