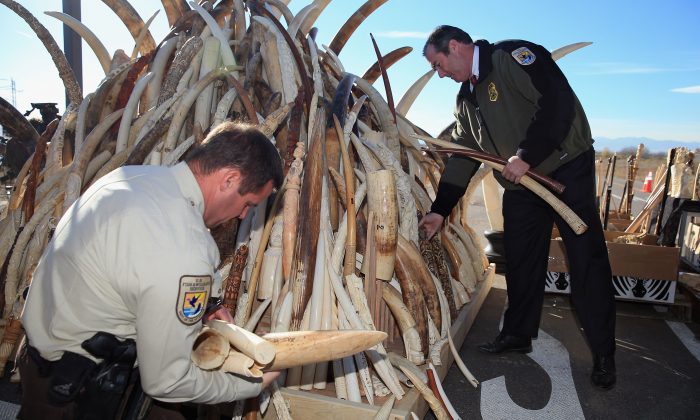 Banning Ivory Will Not Save Elephants

Robert K. Sweeney, an Assemblyman from Lindenhurst, N.Y., wants to ban the sale of all ivory in New York State. This applies to both new and old ivory. The repercussions of such an action are enormous and I would like to point out just a few of them.

However, I want to mention that I went to the Metropolitan Museum of Art this last Sunday and started to take photographs with my phone of all the ivory pieces on display. There aren’t thousands of them, but there are a lot. This is our cultural heritage on display and ivory has been one of the more important materials used for that purpose.

The affect of banning the sale of ivory would be catastrophic for those dealers involved in European decorative arts for the last 600 years. It would also affect the antiquities trade, Asian specialists, and my own bailiwick, the English furniture business.

Ivory was used as a surface for the painting of miniatures and ivory was ground to create white pigment, in essence making a great many of the Renaissance paintings illegal. It is a long list and even though our trades are not huge and corporate, we do provide a service that is unique. We understand objects from the past in the way that few people, save curatorial staff, do. Putting us out of business does nothing to save the elephant.

The really chilling aspect of the law is that those owners of ivory pieces, or the inheritors of such collections, will have no way in which to dispose what they have. In essence, it would put people into the position of either going to or creating a black market, or junking the pieces.

I reiterate, this is our culture that we are talking about. Throwing stuff away in the vain hope to stop the slaughter of elephants is non-sequential logic. It is akin to saying to Louis Vuitton, we will stop the sale of the knock offs that are being made by banning the sale of all Louis Vuitton bags. It is absurd.

I readily understand the difficulty that U.S. Customs faces. How does someone who is not an expert determine the age of what they are examining? However, I don’t see that as being the primary difficulty.

I suggest that draconian measures be taken against the shippers, and even the ships, that transport illegal ivory. Even that does not address the true problem which is the poverty of Africa that engenders such horrible slaughter.

The answers are necessarily complex, not simple. Banning the sale of ivory seems simple and effective. So was the banning of alcohol and marijuana—for a while, but it did little to curb the appetite for either.

Clinton Howell is a New York-based dealer of English antique furniture from the 18th century. This article appeared first on AAD, www.art-antiques-design.com