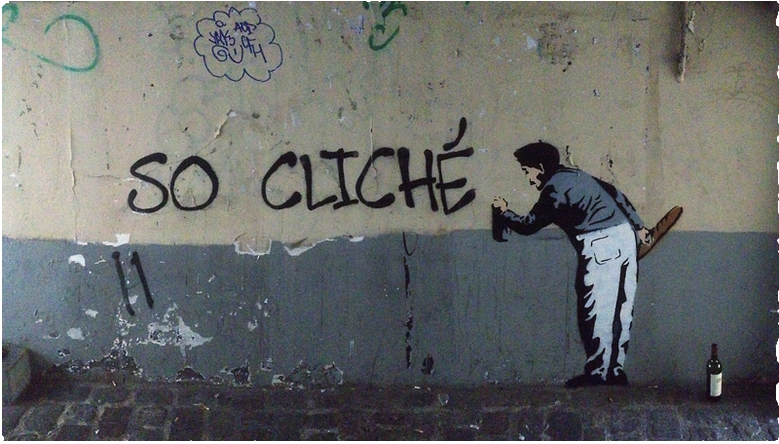 Is this Banksy? (Screenshot from banksy-paris.com)
Arts & Culture

Banksy in Paris: Real or Fake?

Is Banksy really in Paris? This has been a hot question online since Sunday, when a website posted photos of street art in Paris strongly resembling the work of the famous, elusive British graffiti artist.

The website, titled “Back to the Roots,” at Banksy-Paris.com, claims Banksy has started a one-month project in the French capital. It resembles a website Banksy set up to promote his New York project earlier this year.

On Monday, photos of the street art also began appearing on the Instagram feed @BanksyParis and the Twitter handle @Banksy_Paris.

The first mural appears at Passage des Postes with the words: “I like wine and baguette, does that mean I’m French?” (Photo above)

The second is from Rue Piémontési in the 18th arrondissement.

A video was uploaded to YouTube Tuesday by Banksy-Paris.com showing the artwork:

While photos were spreading on the Internet like wildfire, many of Banksy’s fans said they are fake. French photographer David Chapelle said, however, that the authenticity was confirmed; he received an email from Banksy’s agent.

J.D. Beauvallet, a journalist for the French publication Les Inrocks, doesn’t believe the “Back to the Roots” Banksy website is authentic.

A clearing house that verifies Banksy’s work told Storyful the French website is a fake, according to the Huffington Post.

The Local’s France edition gave further evidence that Bansky’s Paris website may be fake: “Brussels-based IT expert @Amaury noticed certain anomalies in the registration of the Banksy-Paris website, as well as discrepancies between it and its very similar BanksyNY counterpart.”

Are you sure it is a fake? Do you trust the media? Well, see you tomorrow… #banksyparis

The Huffington Post reported on Monday that Banksy-Paris.com is registered to someone named Nakamura Takehiro in France.

After all the speculation, if Banksy really is in Paris, his new project has certainly received much attention. In his aloofness, he often attracts publicity.

Ingrid Longauerová
journalist/graphic designer
Follow
Ingrid Longauerová is a long time employee at the Epoch Media Group. She started working with The Epoch Times as a freelance journalist in 2007 before coming to New York and work in the Web Production department. She is currently a senior graphic designer for the Elite Magazine, a premier luxury lifestyle magazine for affluent Chinese in America produced by the EMG.
SHARE
Friends Read FreeCopyFacebookTweet
You May Also Like