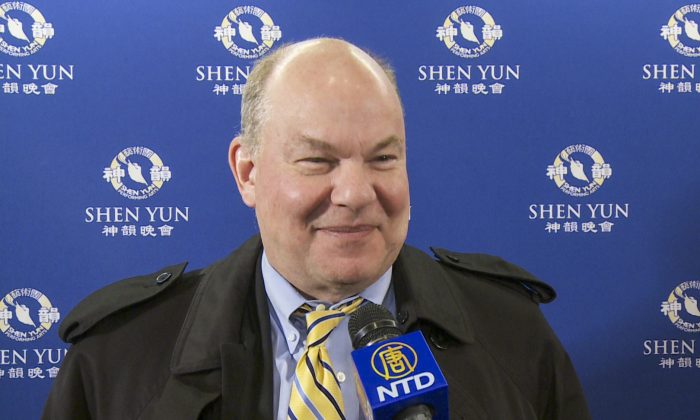 Will Barnum enjoyed a performance by Shen Yun Performing Arts at The Palace Theatre in Stamford, Conn., on March 2, 2018. (NTD Television)

“I think the humor, [which] I wasn’t expecting … and the symmetry that everyone was in—was really phenomenal. It was really done very nicely.”

“It was very nice to hear, when they introduced the orchestra, how many different instruments from both West and East were involved. … How they blended it so well together—it was in such good harmony.”

“I do believe in positive and be good to people, and everything else, which I think was the message that they are trying to get across.”