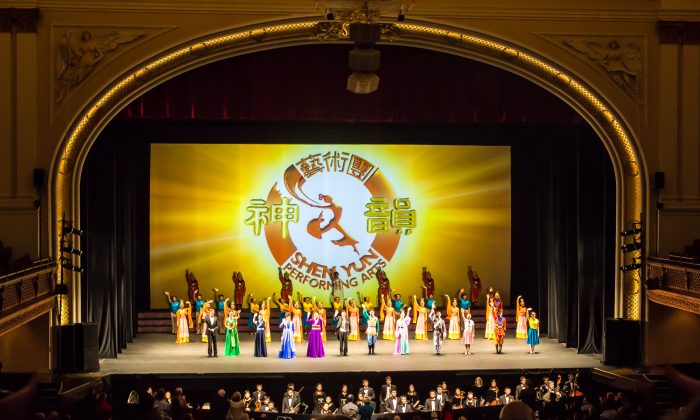 BALTIMORE—Vince and Mary Elliott, a businessman and his wife who attended Shen Yun Performing Arts at the Lyric Theater in Baltimore on Jan. 18, were highly impressed with what they saw.

Afterwards, Mr. Elliott said that he thought it was “remarkable” and “more than I expected.”

Mrs. Elliott said: “Oh, it was fabulous. I especially liked the lotus dancers. They were beautiful. We just loved everything. We never seen anything like this before.”

She continued: “The colors were gorgeous. They were just beautiful. I really enjoyed the music too, it was very exotic. But I thought that the costumes were just fabulous. And I loved the way they had the streamers and the fans, and everything. It was beautiful.”

The values that Mrs. Elliot thought that Shen Yun exemplified were: “Loyalty, respect for the gods, camaraderie, working together. The way they danced together, it was a great [company]. It was a real effort for everybody to stay together and dance together.”

Mrs. Elliot herself is a student of ballet. Her husband is a businessman and consultant at Elliot Affiliates Limited, of which he is the principal, advising business leases.

“It was more than I expected,” Mr. Elliot said. “It was remarkable.” He found “the colors, the enthusiasm, the energy of the dancers” particularly memorable.

Mr. Elliot continued: “I think the message I got from the performance was that we need to take care of each other, that we are all inclusive.”

He concluded: “I don’t think I can describe everything. It’s just overwhelming. But my message to my friends would be: ‘They need to see it.’”

Mrs. Elliot chimed in: “We’re having dinner tomorrow night with two friends who want to hear all about it.”