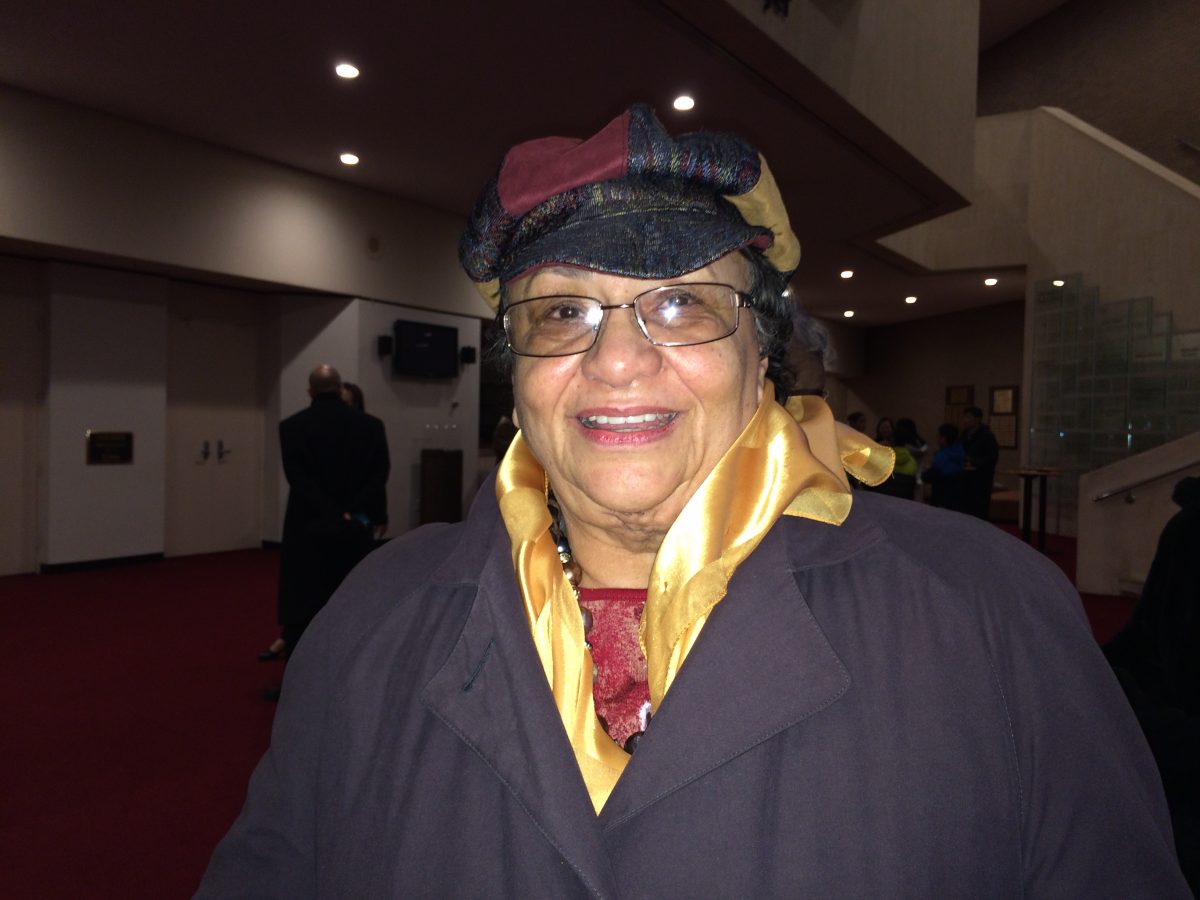 BALTIMORE—”Everybody is leaving with a smile on their face. It was very, very unique, very entertaining,” said Gretchen Shaffer as the audience filed out of the Modell Performing Arts Center after the final 2015 performance there by Shen Yun Performing Arts.

Ms. Shaffer, the director of sales at a brand name hotel in the city, wanted to applaud the artistic director who she said “should have come out and taken a bow.”

“It was phenomenal … It was so pretty,” she said of the performance.

Shen Yun is unique in the world of dance, bringing to the stage ancient values that sustained Chinese civilization for thousands of years.

These values permeate all aspects of the performance, such as twirling pink handkerchiefs that evoke early spring plum blossoms—traditional symbols of courage; rhythmic chopsticks that show the heartfelt hospitality and generosity of nomadic Mongolians, and mini-dramas performed with classical Chinese dance based on legends and classic literature whose characters “give abstract ideas—like loyalty, filial piety, selflessness, and tolerance—a concrete form,” according to the Shen Yun website.

In the nine short years Shen Yun was established in New York, the company has grown to have four companies that tour the globe and perform in over 100 cities every year.

A Is for Artistry

Classical Chinese dance is at the heart of what Shen Yun does. One of the most comprehensive dance systems in the world, classical Chinese dance was originally very close to martial arts but over thousands of years, as it steeped in the cultures of China’s different dynasties, it evolved into a refined, distinctive form.

“Classical Chinese dance is composed of three main parts: bearing, form, and technical skill. Other than complete training in the fundamentals, it also entails systematic training in movements and postures, as well as very difficult jumping and tumbling techniques.”

Sylvia Haddaway, a former acrobat and aerialist with Ringling Bros Circus who has spent time working with Japanese and Chinese performance troupes, was amazed by the flips and jumps of the Shen Yun dancers and said that she was impressed with the artistic nuance the dancers added to their tumbling techniques.

“They all finish well, [and are] well trained—much more so than Americans. And their hands, did you notice their hands? So delicate, so beautiful. I loved it,” she said.

During the performance, the bilingual emcees explain that many of the flips and leaps in acrobatics and gymnastics actually originate from classical Chinese dance.

B Is for Beauty

“Beautiful” is the adjective many audience members use to describe Shen Yun performances.

The wellspring that feeds this beauty is spirituality.

For the Shen Yun company “spiritual connection is motivation for striving to excel, is the heart behind each movement of the dancer and each note of the musician. It is why audiences can feel there is something different about Shen Yun,” the Shen Yun website states.

“I watched it in awe,” said Patricia Saldana, a pediatrician. “My tears were pouring [from] the first few moments. … I was so emotional when I first saw the first three performances. … That’s basically how I’d describe it, its magnificence.”

“It was for all faiths I think. It took in all the faiths, not just one in particular,” said Bonnie Tull, a Sunday school teacher who had returned to see a third performance.

Marjorie Jennings, who is retired from the state parole commission, said she found the spiritual themes very moving.

“We all have a spirit life and I thought they did a beautiful job portraying that,” she said.

C Is for Compassion

One of the pieces about contemporary China this year is The Power of Compassion. Based on true events, the piece shows how the kindness of practitioners of the spiritual discipline Falun Dafa transforms the attitude of a communist police officer who had been trying to arrest them.

“That was a teachable moment,” said Dick Froderman, the deputy chief of military planning at the Navy Information Operations Command in Maryland.

“Even when he was hurt and they tried to help him—he was still a bad guy, and mean. But then they kept at it.”

The practitioners didn’t let the abuse from the policeman stop them “from doing the right thing.”

Falun Dafa (also called Falun Gong) is a spiritual practice based on the principles of truth, compassion, tolerance. The Chinese Communist Party has persecuted it since 1999.

Mr. Froderman said the Shen Yun’s performance was educational on more than one level, and he would like to bring his children to see a performance when they come to Washington D.C.’s Kennedy Center in April.

“There are a lot of nuances. If you pay attention to it, Americans in the way we live our lives, can transform ourselves too,” he said.

With additional reporting by NTD Television and Sally Sun