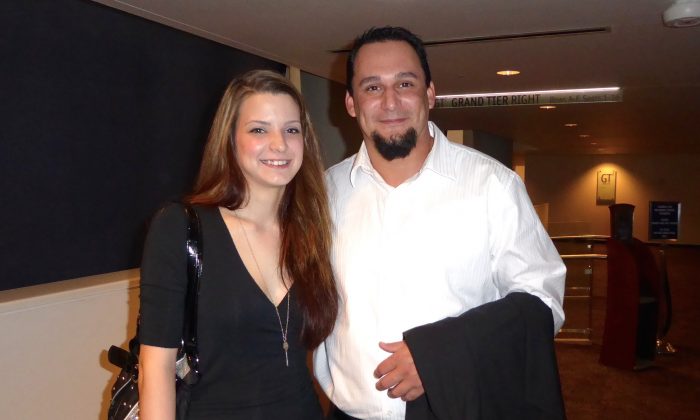 OKLAHOMA CITY—”It’s different from anything I’ve ever seen or done,” said Jessica Covey, a classical ballet dance studio owner, who had the opportunity to see Shen Yun Performing Arts on Dec. 23 at the Civic Center Music Hall in Oklahoma City after her mom bought her tickets.

She was blown away by the artistry and skill of the dancers. “It’s beautiful,” Ms. Covey said, “They have wonderful techniques.”

As a classical ballet dancer, Ms. Covey felt New York-based Shen Yun’s classical Chinese dance was quite unlike any of the dancing she was used to. It looked harder, structured differently, and “I felt like there was more fun and emotion behind it than doing just classical ballet,” she said.

In addition to the technical skills, classical Chinese dance emphasizes an idea of “bearing,” a kind of inner spirit within the performers that imbues Chinese classical dance with a profound ability to portray human emotions, according to their website. It is one of the forms Shen Yun has brought back.

Shen Yun aims to revive the rich and deeply spiritual traditions of Chinese culture destroyed by the authoritarian Chinese Communist Party. As their website states, “Through the universal language of music and dance, Shen Yun weaves a wondrous tapestry of heavenly realms, ancient legends, and modern heroic tales, taking you on a journey through 5,000 years of Chinese culture.”

“I’m very interested. A lot of stuff bores me, but [this performance] got my attention,” she said.

Ms. Covey attended the show with David Perez, the owner of a private investigation firm, who enjoyed “the story-line, the history of the dance, and the culture that they incorporated into the dancing.”

Like Ms. Covey, Mr. Perez was stunned by the emotions, the soul in the dancing. “The expression is what’s amazing,” he said.

As Ms. Covey ran her mind through all that she had seen with Shen Yun, she said, “I’m just soaking it all in.”