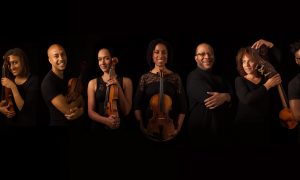 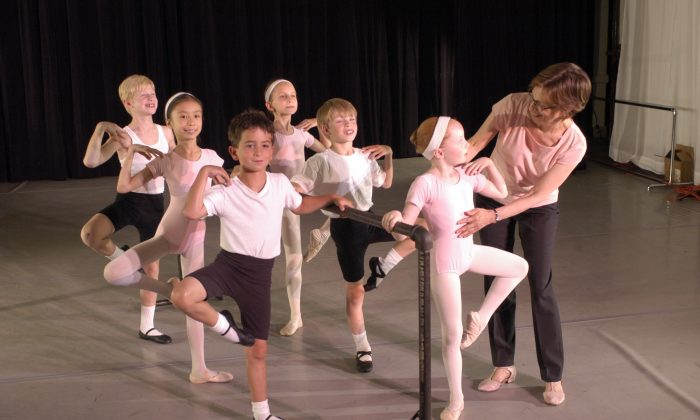 What classical ballet can offer, not only to dancers but to the general public, is an idea of what came before us, says Diana Byer, founder and artistic director of the New York Theatre Ballet (NYTB).

In general, “the [classics] let us see the ways in which the world has changed, because art reflects the world and where we’ve been. It’s a reflection of everyday life at a particular point in time,” she said in a phone interview on Oct. 15, 2015.

As Byer quoted artist Boris Schatz, “Art is the soul of a nation.”

“It tells you about the world now and how people lived then. Then you can put them side by side and compare them,” she said. In other words, it gives us perspective.

How Dance Has Changed

We can gain perspective on how our culture has changed if we look at how dance has changed.

“It’s gotten aerobic and athletic and is easy on the eye. We see the gorgeous body and are wowed by what it can do and its unbelievable tricks,” she said.

Traditional ballet was more internal and not as showy. It was quieter. A nod, a small gesture spoke about the human condition.
— Diana Byer, founder and artistic director, New York Theatre Ballet

But in looking back, we find that traditional ballet was very different. Recently, Byer saw ballets clips from the early 20th century at the New York Public Library for the Performing Arts.

She was enthralled by what she saw: “Traditional ballet was more internal and not as showy. It was quieter. A nod, a small gesture spoke about the human condition,” she said.

“It wasn’t visually spectacular, but there was a beauty of movement, an openness of the body. It was three-dimensional in the movement and [they used] a complete use of the body to express themselves—a freedom with the shoulders and head rather than relying on the arms and legs,” she said.

The overall quality was very generous. They were generous to the audience. The dancers didn’t rely on high, athletic jumps or pirouettes. “They didn’t step out of the story or call attention to themselves to tell it. For me, it was quite wonderful,” she said.

A Divide Between Past and Present

Yet today, even if we wanted to authentically replicate classic ballet of past—the way it was performed in the middle to late 19th century—we would find the task more than daunting.

First, dancers today have different body types than dancers in the 19th century. In the past, their bodies were softer looking and more rounded, she explained. For this reason alone, the rhythm of pirouettes would be different.

In addition, pointe shoes were constructed differently, without the same kind of support they have now.

Perhaps the most important reason that ballet of the past cannot truly be reproduced, though, is the fact that we cannot see these ballets. We cannot see a whole performance from before the 20th century, so replicating one is mostly guesswork.

The clips Byer watched, for example, were short—nowhere near a whole ballet. Even with existing notation, these ballets would be nearly impossible to reproduce in order to capture their original intent.

More recent ballets, however, can be approximated. We can try to recreate the classic ballets of the 20th century. Under Byer’s leadership, NYTB often restores classic ballets, going the extra mile to ensure authenticity by bringing in original dancers or designers, or by researching details of the original production.

In so doing, Byer aims “to recreate the original artists’ vision,” according to the company’s website.

The benefit of recreating these ballets is that some of them offer us a perspective that is timeless. That is, some ballets tell stories that remain vital today.

Byer has acquired this belief through her years of teaching ballet. She has taught ballet at the Manhattan School of Dance, Compagnie de Michel Hallet (Lyon, France), and Cascina Bela (Milan, Italy), as well as in dance centers in Canada and the United States.

At Ballet School NY, she is the director of ballet instruction in the Children’s Division and regularly teaches Company Class for the New York Theatre Ballet. Thus, she teaches adult professionals as well as beginners.

Byer used the ballet “Cinderella,” a ballet choreographed by Sergei Prokofiev that premiered in 1945, as an example. Some mothers have worried that this ballet teaches girls that if they wear nice clothes they’ll find a man who will “save her.”

“For me it’s a story about how to cope with misfortune, that working hard has rewards, that people who are cruel can change,” she wrote in a follow-up email.

Byer acknowledges that some ballet stories may have simple messages, but she believes they can be potent, especially in the case of the ballet “Cinderella.”

“Life lessons were in the old dances. The great ballets could instruct children, teens, and even adults,” she said.

Where Ballet Is Headed

Yet despite the benefits of seeing traditional ballet, audiences today rely on indirect experiences. They watch ballet online or through videos or DVDs. In exchange for convenience, people miss seeing the performers breathe and the nuances unfold in a live performance; they lose an essential aspect of the art.

This unfortunate trend means that live ballet is losing its audience, and perhaps an art through which future generations might learn about those living today.