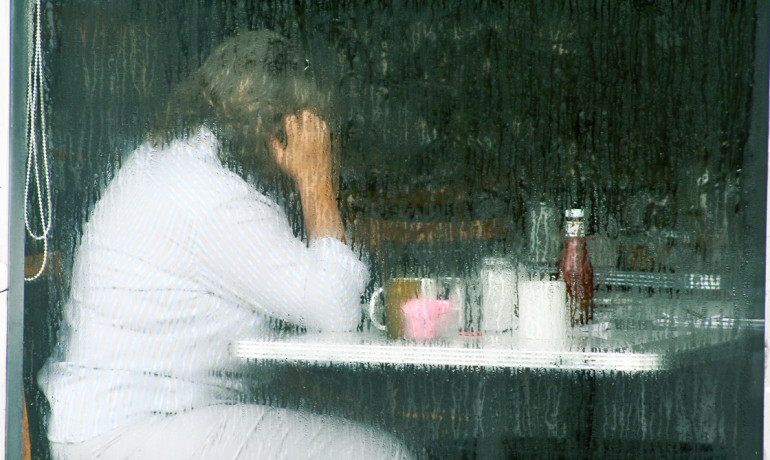 "You can plan the best wedding or birthday party. Restaurants can serve great food and provide spectacular service," says Partha Kanuparthy. "But no one can control the weather. In the end, you can't beat Mother Nature." (Ben Ostrowsky/Flickr, CC BY)
People

After looking at 1.1 million online reviews for 840,000 restaurants in more than 32,000 cities across the country, researchers have found that the weather outside can be just as significant a factor for reviews as what happens inside a restaurant.

Their study shows evaluations written on rainy or snowy days, or very cold or hot days, are more negative than those written on nice days.

“People love to describe themselves as foodies. But in the end, it looks like we’re all weather people, whether we realize it or not,” says study leader Saeideh Bakhshi, a College of Computing Ph.D. candidate at Georgia Institute of Technology (Georgia Tech).

The study also finds a nationwide spike in the number of reviews written during the summer, but July and August were the worst months of the year for ratings. November was the best.

“The best reviews are written on sunny days between 70 and 100 degrees,” says Bakhshi. “Science has shown that weather impacts our mood, so a nice day can lead to a nice review. A rainy day can mean a miserable one.”

The study covered a period of 10 years of reviews on sites that included Foursquare, Citysearch, and TripAdvisor. It also found that demographic factors such as neighborhood diversity, education levels, and population density have a significant impact.

For instance, areas with a high percentage of people with college degrees (more than 50 percent) average nearly three times more reviews than places where fewer than 10 percent have diplomas. However, higher education levels don’t have much of an effect on ratings.

People love to describe themselves as foodies. But in the end, it looks like we’re all weather people, whether we realize it or not.
— Saeideh Bakhshi, Georgia Tech

The study shows that population density of cities is closely tied to the expectations of service options. Based on reviews in busy cities, people are more patient with wait times and expect restaurants to have delivery options. In smaller cities, carryout service was rated more positively than places with delivery, but reviewers were harsher on pace of service.

“We also found that restaurants in the Northeast and Pacific get more reviews than places in the South and Midwest,” Bakhshi adds. “I think the difference between the South and Pacific comes mostly from the differences in education, diversity, and liberal versus conservative. Blue states such as California, Washington, and Oregon have a higher number of reviews per restaurant.”

As for the ultimate “outside factor,” Kanuparthy says restaurants face the same challenge as everyone else.

“You can plan the best wedding or birthday party. Restaurants can serve great food and provide spectacular service,” he notes. “But no one can control the weather. In the end, you can’t beat Mother Nature.”

Bakhshi will present the findings on April 10 during the 23rd International World Wide Web Conference in Seoul, South Korea.