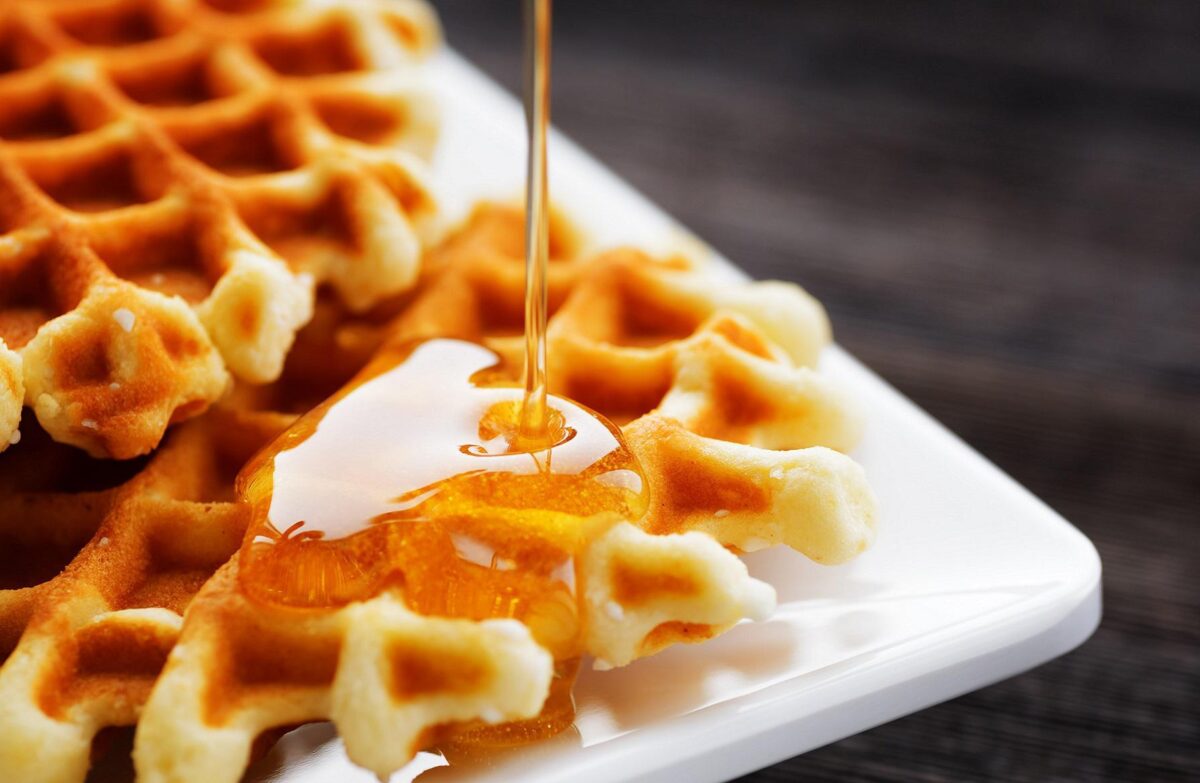 Bacon Waffle is one savory and sweet combo that the whole family will love. (© Efired/Dreamstime.com)
Food

What could possibly be better than Belgian waffles? Bacon waffles. That’s right, in this recipe features two of America’s most iconic breakfast foods in one. It’s one savory and sweet combo that the whole family will love.

First things first, you’ll want to know how to cook bacon to perfection — rendering out the fat so it crisps up just right is key. And the best part about this technique is you can cook with the bacon fat later. Use it on veggies when you’re whipping up some weeknight dinners.

The waffles take less than one hour to make. Start by whisking together the ingredients until they’re well blended. For this recipe you can cook the bacon in the waffle griddle but if you have any leftover, make sure you use the clever hack we’ve instructed below.

After adding the bacon to the waffle griddle, pour the batter over and cook for about five minutes or until they’re golden brown. While these bacon waffles are worth drooling over, they’re one of many easy recipes you can make using common pantry staples.

Combine flour, baking powder, and ½ teaspoon salt in a medium bowl. Beat the egg whites in a second medium bowl until stiff.

Combine egg yolks, milk, and butter in a large bowl and beat. Add the flour mixture and stir until blended. Add the egg whites.

Put 2 halves of bacon in each waffle grid and close the cover. Cook bacon for 1 minute and then add ½ cup batter to each waffle grid. Bake for about 4-5 minutes, until golden brown.