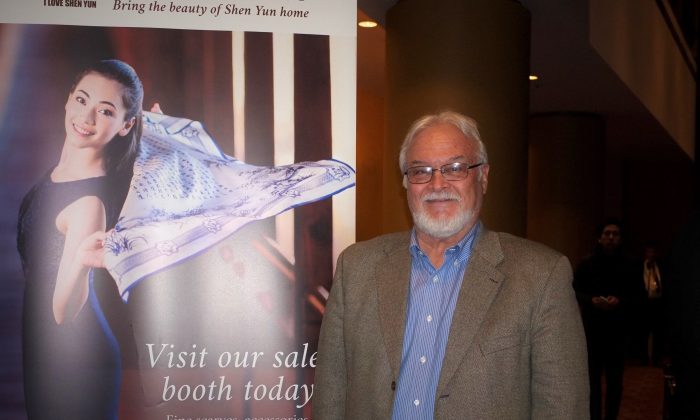 “[It] was lovely and moving. The amazing imagery produced by the rear projection device was really astounding. The music was terrific. It was just an overwhelmingly wonderful performance.”

“I think the back and forth of the animation, the imagery on the screen, and the real dancers, the fantastic athletic, muscular abilities of the male dancers and the extraordinary pristine movements of the female dancers, was really, really effective. The way it told stories through the dances and through the imagery was really great.”

“In term of action and mind, the story behind the dance was clear. [I liked it] very much. The stories were very well told. The interesting contrast between the spiritual and the state was very effective. The last [scene] where the state thugs came in and did damage, but were overcome by the spiritual elements was quite something.”

“I think the overall message of the show was a spiritual renewal. I think it’s very important today. The song that was sung in which the first lyric [says something similar to] ‘Human values have decayed over time,’ it’s true, and there should be some sort of renaissance of those values.”