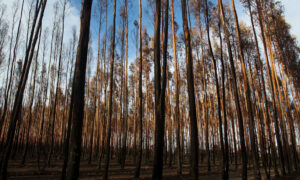 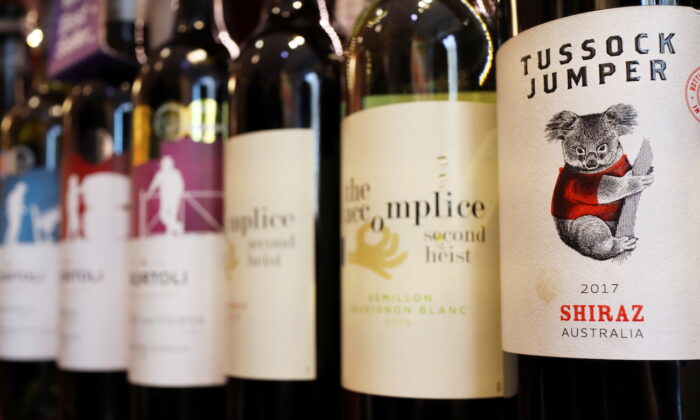 An Australian cabinet minister suspects Beijing is not being honest about the tariffs it has placed on Australian wine imports.

“What the government is doing is seeking to address a concerning pattern of behaviour by the Chinese against Australia,” cabinet minister Dan Tehan said on Saturday. “We’re seeking to have conversations with the Chinese, seeking to address this matter in the World Trade Organisation so we can ensure we’re doing the right thing by our winemakers.”

Beijing’s Ministry of Commerce (MOC) imposed tariffs of up to 212 percent on Australian wine exports on Saturday, serving a heavy blow to the valuable sector which has enjoyed a long relationship with Chinese customers who value the quality of Australian product.

“The Chinese have had a huge demand for Australian wine due to its quality and we want to make sure we can continue to export wine to China. That will be part of ongoing dialogue with the Chinese,” said Tehan, whose Victorian electorate of Wannon has been impacted by a ban on timber exports imposed by Beijing on Nov. 11. Earlier, the Chinese regime also suspended exports of logs from Queensland.

The Chinese Communist Party (CCP) claims to have found evidence of dumping practices of Australian wine that has allegedly caused “actual damage” to its local market.

It recently leaked a list of grievances against Australia, among which are foreign investment rules, the banning Huawei from Australia’s 5G network, and Australia’s call for an inquiry into the origins of the CCP (Chinese Communist Party) virus (novel coronavirus) pandemic.

Prime Minister Scott Morrison immediately dismissed the allegations of dumping practices when Beijing first announced them, telling reporters in August, “We totally don’t accept any suggestion that there has been any dumping of Australian wine in China whatsoever.”

“There is no basis against the claims made against the Australian wine industry or subsidies or things of that nature,” he said.

Morrison also made the point that Australian wines had the second-highest average price in China in the first half of 2020, following New Zealand wines.

Australian wine brands, such as Penfolds, are highly regarded by Chinese consumers and tourists. Penfolds is so popular it has had to contend with a copycat brand called Benfords.

Salvatore Babones, associate professor at the University of Sydney, was blunt in his assessment of Beijing’s latest move.

“These new punitive tariffs show that there is really no point in signing trade deals with China, like the 2015 China-Australia Free Trade Agreement and the just-concluded Regional Comprehensive Economic Partnership,” he told The Epoch Times.

While Canberra tries for diplomacy, the opposition suggests seeking other markets.

A former Australian agriculture minister, Labor’s Tony Burke, said the coalition government needed to expand its trade market so it was not so reliant on one country.

“You need to make sure that you have a number of export markets,” Burke said. “Managing the China relationship responsibly is critically important. But it’s also the case for any industry that you never want to be too beholden to a single market. And it’s the government’s job to help industry spread its risk.”

The tariffs range between 107.1 percent and 212.1 percent and Australian wine manufacturers say the duties have the potential to ruin them.

Daniel Teng and AAP contributed to this article.