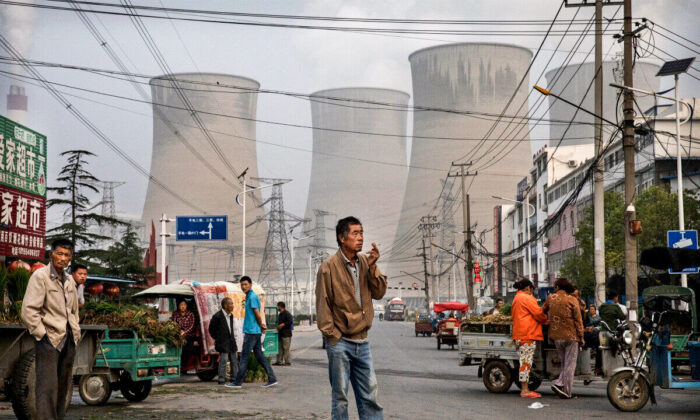 One of Australia’s largest coal miners is planning to raise $1 billion (US$740 million) through the sale of bonds in China and Asia amid increasing financial pressures locally due to climate change activism.

“We expect that to grow and expand over the next decade, so that is really why we want to try and put a foot in that,” he said during the company’s Quarterly Production Report.

Ball said the company was planning to start issuing bonds sooner but would wait until the dust was settled around struggling Chinese property giant, Evergrande Group.

“The China property market has probably put the frighteners under that at the moment, so I think we are waiting to see how that plays out,” he said. “We will be there, and we will get it done, but we want to wait for the right market.”

A recent federal parliamentary inquiry into the financial sector’s support of the country’s export industries—including coal, oil, and gas—revealed that Australian banks, insurers, and wealth funds had steered services away from “fossil fuel” industries deemed to be major carbon emitters.

According to representatives from Australia’s “Big Four” banks, National Australia Bank, Westpac, and ANZ, some of this pressure has come from major global wealth funds, like BlackRock, writing to CEOs outlining their expectations around climate change action.

Another is in the form of activist shareholder groups pushing for climate change initiatives during Annual General Meetings. At the same time, some banks have warned that the cost of borrowing from global markets could increase if Australian banks were deemed not to be doing enough on environmental, social, and governance (ESG) issues.

On the ground, this pressure has manifested in large coal miners divesting from the sector and small miners paying exorbitant costs—or simply not being able to access—basic services such as insurance and guarantees for mining projects, which in turn, has placed regional towns at risk of losing major employment hubs.

Despite pressure from the developed world, the developing world will likely continue to back coal mining activity, with the International Energy Agency revealing in its Electricity Market Report (pdf) in July that electricity demand worldwide would rise five percent in 2021 and four percent in 2022—much of it driven by China and India.

Asian lenders have also begun stepping into the Australian coal sector, with Whitehaven Coal receiving half of its loans from the continent last year.

Tshung Chang, a current mining executive with experience in the financial sector in Asia, said it was no surprise companies like Whitehaven were turning offshore and noted that in developing countries “coal is king.”

“The fundamentals of coal, the coal industry, coal producers, and miners have never been stronger because of record high prices in modern thermal and coking coal,” he told The Epoch Times.

“If the lending sources in Australia—some of them Big Banks—if their appetite towards coal has dried as a result of green activists. Then turning to other sources is a natural way of securing funding,” he added.