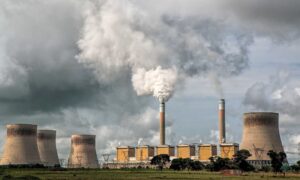 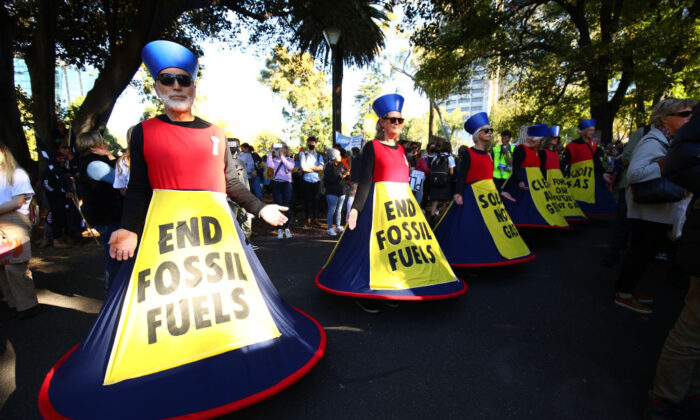 ‘Stand up to BlackRock Like You Did to China’: Former Senator Calls on Australian PM

“I think this is a blatant disregard for Parliament and its elected representatives, who are trusted by the people of Australia to determine what is legal and what is illegal,” he told the Joint Standing Committee on Trade and Investment Growth.

“For Larry Fink [CEO of BlackRock] to come in like he’s all-powerful and declare that no-one in the coal mining industry gets a go in Australia, to my way of thinking, is just power gone completely out of control,” he said.

“That is why I’m making this submission because I’m thinking, ‘Who is the next one on the block?’ Who controls this country? The elected representatives or Larry Fink and his BlackRock funding? It’s time that we, in Australia, took a stand,” he added.

The Joint Standing Committee is holding an inquiry into the financial sector’s support of Australia’s export industries. One key theme to emerge over the course of the inquiry has been the reluctance of Australian banks, insurers, and wealth funds, to support or fund coal mining projects in the country.

This, in turn, has led to increasing difficulties for small to medium-sized resource companies struggling to fund their projects and who warn that regional towns will ultimately lose out.

Australian financial institutions have responded, saying there is increasing pressure from international investors—who Australian banks rely upon for offshore funding—for more action on climate change, which may include withdrawing financial services to businesses participating in industries deemed to be major emissions generators.

According to representatives from the National Australia Bank, Westpac, and ANZ, some of this pressure has come in the form of BlackRock’s Larry Fink writing to all major CEOs outlining the investment giant’s expectations around climate change action and in the form of activist shareholder groups pushing for climate change initiatives during Annual General Meetings.

But Boswell said overseas institutions and governments were “playing a double game” and were simply “outsourcing” their emissions-intensive industries to developing countries.

“According to UN data, China’s share of global manufacturing output climbed from 8.7 percent in 2004, to 28.4 percent in 2018,” he said in his written submission (pdf). “Over the same period, the manufacturing contribution to UK GDP more than halved from 25 percent to around 11 percent.”

“Manufacturing in the U.S. has also hollowed out while over the last decade, while the EU has become a net importer of emissions-intensive steel,” he added. “Does this mean that the UK, the US and EU economies have stopped using emissions-intensive goods? Not at all.”

Most demand would come from Asia, with IEA estimating that China could account for over half of global growth and India around nine percent. However, the IEA also conceded that fossil fuels would be needed to supply that demand, despite growth in the renewable sector.

Australia, meanwhile, has continued to face pressure to set more ambitious targets to cut carbon emissions in the country, a move it has resisted so far.