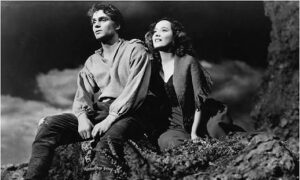 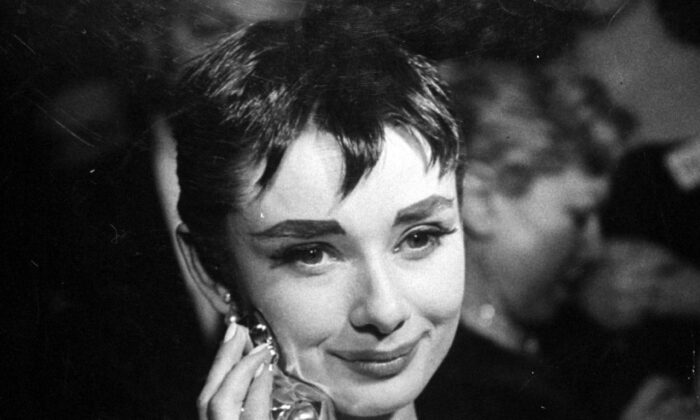 Some stars had such timeless styles that their iconic looks have endured decades after their death. One such star is Audrey Hepburn, whose admired and imitated style began on the silver screen.

Hepburn’s first two American films were “Roman Holiday” (1953) and “Sabrina” (1954). These movies were successful on all levels, becoming box office hits, earning critics’ acclaim, and garnering recognition at major awards ceremonies. “Roman Holiday” was nominated for ten Academy Awards, including Best Picture, and it won three. One of its wins was Best Actress for newcomer Audrey.

“Sabrina” was nominated for six Oscars, including a second Best Actress nod for Audrey Hepburn, and it won one award. For both films, the Academy recognized not only Miss Hepburn’s great acting talent but also her influential, unique style. Both films won Best Costume Design, Black-and-White, which was an obvious tribute to Audrey’s gowns.

Fashion at the Oscars

The Best Costume Design category was created in 1948, 20 years into the Academy Awards’ existence. It was originally divided into two subcategories: Color Films and Black-and-White Films. The award was reduced to one category in 1957 and 1958 before being split again for the next several years, combining for good in 1967. When these two Paramount productions won Best Costume Design, they were in the black-and-white subcategory of the still separated award.

Period pieces often win Oscars for Best Costume Design because their historical settings provide the opportunity for elaborate and unusual attire. However, when the Best Costume Design awards were separated into two categories based on color versus black-and-white, costumes from films with modern settings could better compete.

Since Technicolor film was still more expensive in the 1950s, studios often opted to save it for lavish musicals and dramatic historical pieces, in which vibrant colors would be more effective. Thus, most contemporary stories were filmed in black-and-white and dominated that subcategory of the Best Costume Design award.

Edith Head was credited as the costume designer for both “Roman Holiday” and “Sabrina.” However, it has since been revealed that she doesn’t deserve all the credit for Audrey Hepburn’s costumes in “Sabrina.”

Hubert de Givenchy, who became Hepburn’s personal designer and friend, created her three most iconic outfits in this movie. She visited his Parisian atelier before filming began. When young Givenchy heard that Miss Hepburn was coming to see him, he assumed it was Katharine Hepburn. Although he was too busy to design original costumes for the then-unknown Audrey, she chose three items from his new collection for the film.

Miss Head later said that Givenchy contributed some design ideas, which she perfected. However, after her death, Givenchy clarified that he created the famous black cocktail dress.

“Roman Holiday” competed at the 1954 Academy Awards ceremony, which was the second time the Oscars were nationally televised. Gene Tierney presented the awards for Best Costume Design. Instead of just listing the nominees, that category was presented as a mini fashion show to the strains of Jerome Kern’s “Lovely to Look At.” A different up-and-coming actress, including the then-unknown Kim Novak, modeled a dress from each of the nominated films.

This charming idea was not repeated the next year, when Bob Hope and Jane Wyman presented the Black-and-White award from Hollywood and Nina Foch announced the Color award in New York.

At both ceremonies, Edith Head strode up to the stage in her ballgown and signature blue-tinted glasses, which enabled costumers to discern how colors would look in black-and-white.

In films with current settings, Costume Design awards were usually based on women’s fashion, since male costumes rarely deviated from standard suits.

In “Roman Holiday,” Audrey Hepburn wears six outfits plus a nightgown, robe, and oversized pajamas. However, three outfits are seen only for a few seconds during the opening montage of Princess Ann’s European travels. Her most memorable costume is a ballgown that she wears at the embassy, looking very royal indeed. She wears a lovely white ensemble in the final scene.

Surprisingly, she wears her simplest outfit for most of the film but styles it in different ways. It comprises a long-sleeved white blouse with a tie at the neck and a full skirt with a wide belt. When exploring Rome the next day, she cuffs up the sleeves to her elbows and doffs the white tie, leaving the collar open. She eventually cuffs the sleeves up to her shoulders and adds a colorful neck scarf. She also trades her formal black shoes for Roman sandals. Add the famous pixie cut that she gets at the beginning of her day in Rome, and you have the perfect ensemble for a Roman holiday à la Audrey Hepburn!

In “Sabrina,” Audrey’s character again undergoes an appearance transformation, complete with a short but still feminine haircut. At the film’s beginning, Sabrina Fairchild wears simple clothes and a ponytail, as a chauffeur’s (John Williams) daughter.

However, she comes back from cooking school in Paris with not only recipes but also a glamorous new look, including Givenchy’s three designs. When she returns from Paris, she is wearing a dark gray suit with a pencil skirt, a white turban hat, and her signature kitten heels. The French poodle is an optional accessory!

When the man she secretly loves, David Larrabee (William Holden), invites her to his parents’ party, she wears a stunning white strapless gown with a train like a peacock’s tail.

The most popular style from this film was the black cocktail dress Sabrina wears when going out with Linus Larrabee (Humphrey Bogart), David’s older brother. It has a full skirt and a fitted, sleeveless bodice; she wears it with a crown-like cap and black shoes. This dress’s high neckline became so iconic that the style was called a Sabrina neckline after this film.

Full-figured actresses were popular in the 1950s, but petite starlet Audrey Hepburn demonstrated that the feminine fashions of the era were flattering on slender forms, too. Most importantly, 1950s styles complemented the female form without exploiting it. Full skirts and wide belts accentuated a feminine figure without being revealing.

Refreshingly, fashions from the late 1930s through the mid-1950s focused on modest and traditional beauty, which was attractive while remaining wholesome.

American films released during 1934–1954, when the Motion Picture Production Code operated, ensured that all films were acceptable for everyone, and one of the standards was for decent costumes. Outfits from movies with a Production Code Administration Seal of Approval were guaranteed to be decent as well as glamorous.

No one is a better example of modesty’s attractiveness than Audrey Hepburn. She never wore low necklines, yet she is considered one of the most beautiful, fashionable women of all time. Instead, elegant styles complemented her lithe figure.

Beautiful, modest costumes are just one of the reasons why Code films are so uplifting and inspiring. However, their contribution was more than aesthetic. By highlighting traditional femininity and masculinity, costumes from the Joseph Breen Era of Hollywood added to the positive depiction of traditional societal, romantic, and marital roles, which are so endearing in these movies. Here’s to “sealed” glamour!