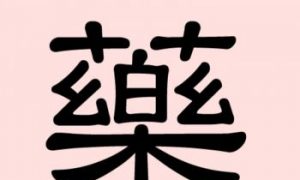 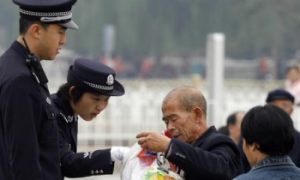 She explained that she found the world-renowned show to be educational, and said: “I loved the show. I loved the diversity in the show. I think it really educates the people who come [see it] that China is a country of many ethnic groups and it has a great deal of diversity. I think that’s so beautiful because you see all of the different groups coming together and it’s a beautiful show.”

Ms. Dana elaborated, “I think often people have the misconception that China is one homogeneous culture. That there is little diversity, but I think this show educates us to see that there is a great deal of diversity in China. That there are many different groups but they all come together to form that one country. That makes it even more beautiful to me.”

She said the show expanded her knowledge of classical China, and said, “I’ve learned that their dances are very distinct and I’ve learned something about the various groups. I didn’t know about “Pigsy,” [The Monkey King Outwits Pigsy] but I heard something about the Monkey King. But I didn’t know about the story of Pigsy, which I thought was quite entertaining. I was very surprised about the group that I believe was called the “Yi.” So it was educational, and in the back of my mind I was thinking, ‘I have to go read more about the different groups of China.’”

Ms. Dana said she enjoyed Shen Yun's presentation of story-based dance and music. “I love the fact that one can tell stories through music. I really was touched by the singer, the soprano [The Song in My Heart]. That song, the words, I don’t understand the Chinese Mandarin, but the words I saw in English were extremely touching. That we become so attached to things when we should be looking for the divine and that really got to me. It brought me close to tears because it had a very significant meaning in my life. That was very successful for me."

She said the performance resonated deeply with her, and she would always remember, “The teaching that we should not be attached to the material, but we should look for the spiritual. It was touching for me because it really resonated in my belief and I was very moved by that song. In fact, I was going to make a note of it in the program so I could locate it sometime and play it because it is a beautiful and touching song.