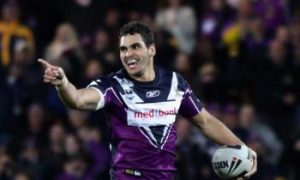 Mr. Wolf, owner of an architect business heard from a colleague about the Shen Yun show and decided to buy tickets for himself and his wife.

He said that "he made the right decision," and he will tell others to see the Shen Yun performance.

Mr. Wolf travels frequently to China and is well aware that one does not bring up any discussion about freedom. Yet, he said, "I hope that this show can also be seen in China."

"The Shen Yun is colorful, a true rendition [of China's culture] and the dance, music, and colors were coordinated very well," he said.

Ms. Wolf agreed with her husband and said, "I noticed the enthusiasm displayed by the dancers. The way they dance comes from their heart. It is just perfect dancing. The overall effect is impressive and as the show goes on there is always something that surprises and something one did not expect. I liked the show very much."

"It was a wonderful birthday present. I must agree with everything that has been said so far," said Mr. Kraft, and his wife agreed.

Joining in the conversation was Mr. Roland Dargel, owner of a Duisburg apothecary. This is the first time he has come in touch with Chinese music and Chinese classical dance.

"It was wonderful, just great and very beautiful. Especially the movements of the dancers, which I must say are unusual for us, but very harmonic, graceful and impressive. I loved the show," he said.

Tom Blair, owner of a jewelry store was as impressed and agreed with everything that had been said so far.

"The erhu {a Chinese two-stringed instrument] impressed me deeply. I can't imagine that one can play with two-strings. I loved it and it was beautiful."

Reporting by Epoch Times German staff and Heide B. Malhotra.