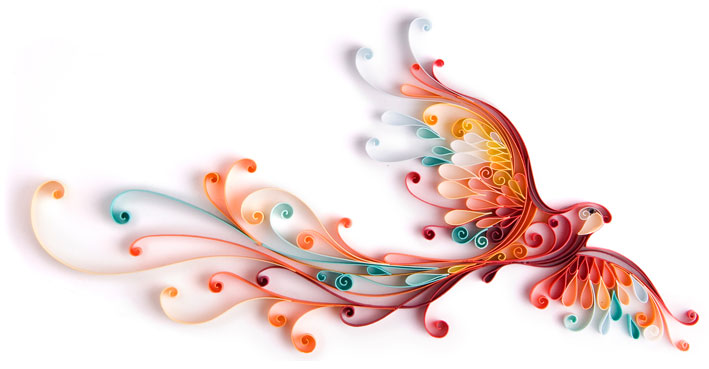 Yulia Brodskaya was born in Moscow, Russia. Before moving to the U.K. in 2004 she was into arts as diverse as textile painting, origami, and collage as well as more traditional fine arts.

After receiving her MA in graphic communication, she still had great passion to experiment working with typography, paper, and highly detailed hand-made crafts.

His work is done with painstaking, meticulous precision. Each piece is assembled from laser cut paper, then layered to create 3D works of art. A single piece may be comprised of over 100 layers of paper. His works are so intricately designed, that they’re best viewed from all sides and angles to be fully appreciated. His art has been featured in more than 40 exhibitions over the past few years. He lives and teaches in Virginia.

Lisa Nilsson grew up in Avon, Massachusetts, and was trained as an illustrator at the Rhode Island School of Design. Her success as a freelancer saw her designs appear in Rolling Stone, Entertainment Weekly, Sports Illustrated, and the Utne Reader.

Nilsson’s first foray into paper art was inspired by a Renaissance-era technique called quilling, which involves rolling thin paper into different shapes and patterns. As she was starting to experiment with this using Japanese mulberry paper, she came across an antique photograph of a cross section of a human torso from a French medical book and it captured her imagination. Thus began her Tissue Series seen here.

Nilsson resides in North Adams, Massachusetts, living and working in a renovated textile mill.  She is represented in New York City by Pavel Zoubok Gallery.