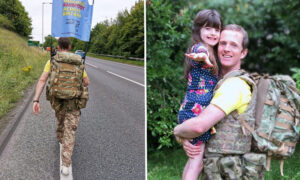 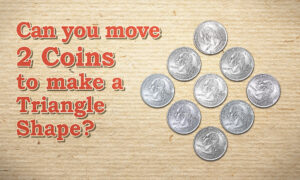 Can You Move 2 Coins to Make a Triangle Shape? (There Are 2 Answers; Can You Get Both?)
0 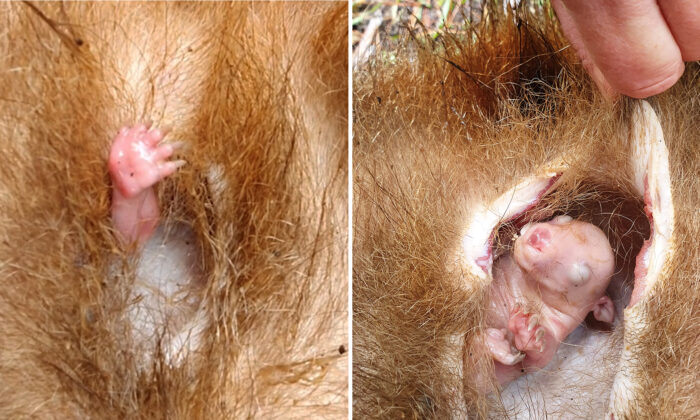 An incredible video has captured a startling moment when a trapped baby wombat is seen waving at animal rescuers from the depths of its dead mother’s pouch after she was hit and killed by a car.

On a cold morning in May, a group of walkers spotted a dead wombat on the roadside near Bundanoon, New South Wales, Australia, and alerted wildlife rescuers.

Loma, a local wildlife rescuer, pulled the deceased mother to the other side of the road and reached out to John Creighton, 59, from Wombat Care suspecting the wombat was carrying a joey in her pouch, according to the Daily Mail.

As Creighton and Loma turned the late mother’s body around, they were “shocked” and “moved” to find a rare sight of a baby sticking out its arm and tiny pink paw, slowly waving from the mother’s pouch as if alerting rescuers that it was alive and needed their help to keep it safe.

“We were both touched by this silent plea for help, and thankfully, I pulled out my camera to film and photograph it,” Creighton said.

Recalling the astonishing rescue, Creighton said the wombat had been lying in the freezing cold on the roadside for nearly six hours. However, the baby tried to remain warm inside the mother’s pouch until rescuers would find it.

In the resulting unusual footage, Loma is heard exclaiming in amazement, “That’s so cool, she’s waving at us, going ‘I’m here.’”

Creighton, who was equally excited with the little wombat’s call for aid, found the moment both “beautiful,” and “unforgettable.”

The mother wombat’s pouch was then cut open, and Creighton released the baby. Later that day, the joey was taken to a local veterinarian to be assessed.

Luckily, the newborn was rescued in the nick of time; otherwise, it would have died due to the freezing temperature.

Since the incredible rescue, the joey has made an amazing recovery as it went into wildlife care and was monitored under the hands of a specialist and experienced carer of “pinkies.”

According to the Daily Mail, the rescued joey, which is being cared for by volunteers, will be released to the wild after it is strong enough.

In December 2017, animal behaviorist Bruce Englefield told Sydney Morning Herald that the roads pose a great threat to the Australian marsupials. According to him, each year, “millions” of marsupials are killed on the roads, among which the most vulnerable ones happen to be the kangaroos, wallabies, wombats, and koalas.

However, these numbers don’t include birds and reptiles, which are also run over in large numbers.

This is not the first time a joey wombat has been rescued from a deceased mother’s pouch. In April 2016, Jodie Bradshaw, the founder of Free Hearts Animal Sanctuary in the state of Tasmania, found a dead wombat on the roadside. According to BBC, Bradshaw thought the wiggling inside the deceased mother’s pouch was due to maggots but later was surprised to see a tiny paw pop out on the pouch. She then rescued the joey.