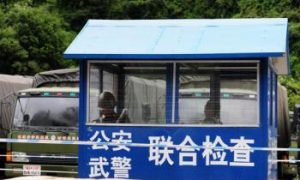 KAOHSIUNG, Taiwan— Numerous worldwide audiences, young and the old alike, have been attracted by the magnificence of Shen Yun’s performance every year.

Liao Yue-Feng, chair of Yunlin County Crafts Arts Association, came to see the New York-based Shen Yun show last year, but missed other shows even though she had been invited by her students several times before.

This year, she didn’t want to miss it again, so on the evening of April 7, she came all the way from Yunlin County to attend Shen Yun’s third show in Kaohsiung.

Ms. Liao praised, “I like the story-based programs very much, and what’s touched me the most was that all of the programs were focusing on the theme, “compassion.” It’s important to bring back the virtue of compassion, and to be kind-hearted in our daily life. To bring compassion into our daily life is one of the most wonderful things.”

She said she was really moved, and summed up the show in one word, “beauty.

“All the beautiful things and arts should be shared with others. Beauty is also a very good motivation.”

But she said regretfully, "In mainland China, people have no chance to share the wonderful performance of Shen Yun. It’s really a pity.”

This year, Liao Yue-Feng recommended friends in Kaohsiung to see Shen Yun together.

"Such a wonderful performance indeed should be passed down onto our next generation. We can enjoy it with our family members, in particular, our children, because we should not let them waste too much time playing video games in front of the computer.”