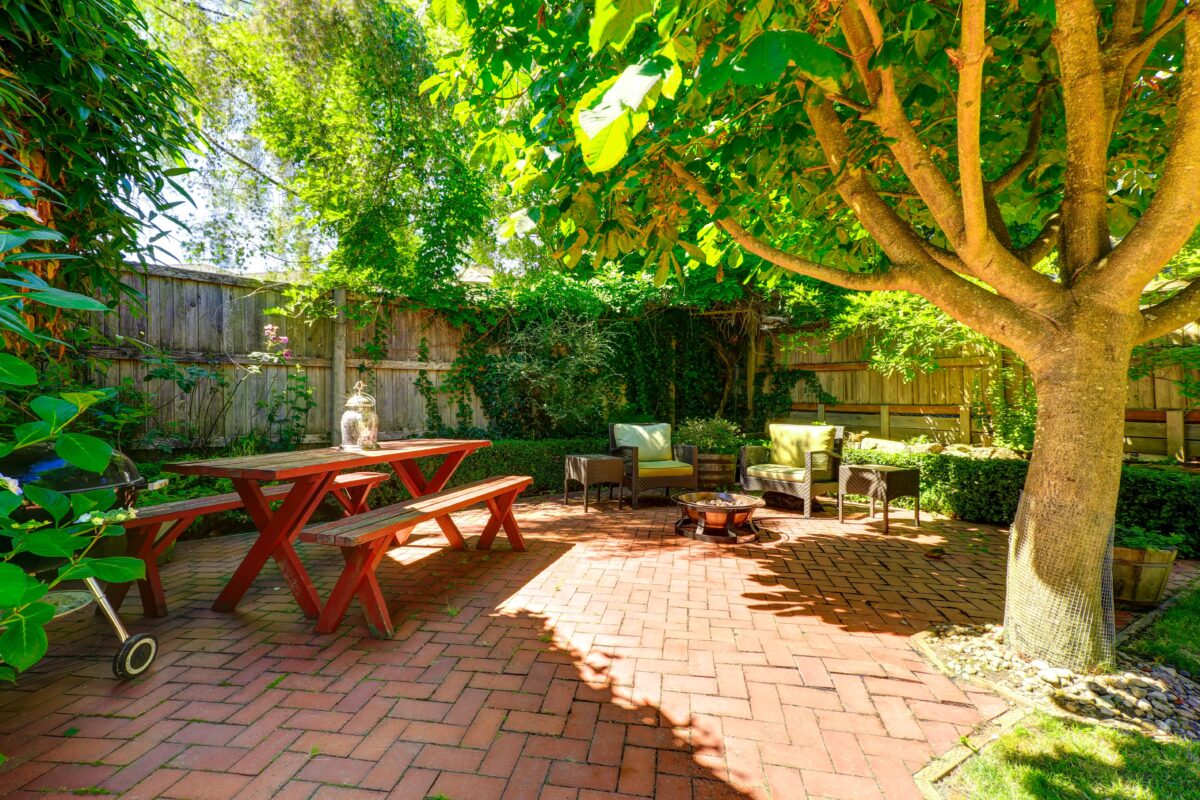 When done properly, a brick patio can bring comfort and last years and years. (Artazum/Shutterstock)
Home

Ask the Builder: Build That Brick Patio or Sidewalk Now

There’s something soothing about brick patios and sidewalks, which is something I learned while installing a patio for my dear, departed mother-in-law. It was 50 years ago, before I was married, when my future mother-in-law let me build a private patio in her backyard using deep-red paving brick.

This patio was nestled under the shade of two giant maple trees that were up on a lawn supported by a small brick retaining wall her husband had built 15 years earlier. The patio was the perfect size, measuring 10 feet by 16 feet. A 30-inch-wide walkway made of the same brick connected the patio to the driveway apron.

The trouble was that her husband, a general-practice physician, was far too busy going back to medical school at age 55. Medical practice was compartmentalizing in the early 1970s, and he knew he needed to be board certified in anesthesia to follow his passion. Thinking that I could help increase the odds of winning their daughter’s hand in marriage, I volunteered to do build the patio and sidewalk. My future mother-in-law immediately took me up on the offer.

She had seen a photo in a magazine of the kind of patio she wanted. In the article that went with the photo, all it said was to install the brick over a bed of compacted sand with some Portland cement in it. That was the extent of my plans and specifications!

My future mother-in-law went to a local brick supplier that had both new and recycled brick. She selected a recycled special paving brick meant to be placed horizontally in the ground. Not all bricks can handle this wear. The issue was there was still some mortar on the brick, and I had to hand chisel it all off. The proportion of the bricks was perfect, such that you could create a herringbone pattern. In other words, the brick measured exactly 4 inches wide by 8 inches long. They were 2 3/4 inches thick.

I dug out all the soil, I got help from my future father-in-law one afternoon installing a string to ensure the edge of the walkway and patio would be in a straight line, and two weeks later the patio was finished. My future mother-in-law was beaming with happiness! My plan worked and my wish was granted to marry my high-school sweetheart.

That patio was still in exceptional shape 45 years later! It would still be usable today if an investor who purchased the house hadn’t ripped out the patio to install a dark gray stamped-concrete patio in its place.

My second attempt at a brick paving job ended in disaster. I was busy building my construction company. We bought a stunning old five-bedroom home, and my darling wife wanted a curved brick sidewalk from the front porch to the driveway.

I could only work on it in the evenings and on weekends, so I decided to take a shortcut. I simply dug a pathway about 6 inches deep, put some sand down, compacted it, and then laid on the sand a 1.5-inch-thick paving brick. It looked superb.

But I noticed that if you stepped on the edge bricks, they’d tilt and drift into the grass. Then the sugar ants took over. Each day I’d notice small mounds of sand the ants would bring to the surface as they built their underground nests. It was a nightmare and a complete and utter failure. My wife said to rip it out and do it right.

I then did some research and discovered that you could build a brick patio or sidewalk that would not only last for many decades but would also remain perfectly smooth. My mother-in-law hadn’t wanted the smooth look. She wanted her patio to have very slight undulations in the brick so it looked as if the patio and walkway had been in for 200 years. My new bride wanted a smooth look.

Fortunately, a year earlier I had a conversation with a retired master mason who shared with me how to get cement stucco to bond permanently to new concrete. He had built hundreds of stucco exterior stairs in his career. He told me his method was also the best way to bond brick to horizontal concrete.

To ensure my new front sidewalk would not fail, I removed all the brick pavers and salvaged them. I then dug out the sand and saved it too. I did have to sift it and clean it for use in my second attempt.

I then dug the pathway deeper so I could install a poured concrete pathway with half-inch steel bars in it. The steel rods ensured the concrete would not crack and separate. I then mixed up cement mortar with hydrated lime added to the mix. The old mason told me to use cement paint as an extra adhesive to ensure the mortar would not separate from the concrete slab.

It worked so well that I built a stunning patio in the back of this house with sloping terraced steps to get to it. I then did the same thing at my last new home, constructing two huge patios. All of this work looks as good today as the day I installed it, and it’s decades old!

I’ve prepared detailed how-to instructions with illustrations showing how to do the two time-tested brick installation methods. Included are all the recipes for the mortar, cement paint, and lots of tips so you can create stunning brick sidewalks and patios. You can find them at https://GO.askthebuilder.com/1450.