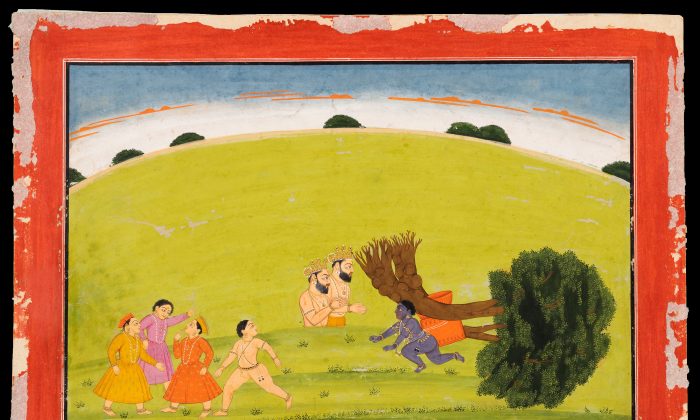 –New York may not be the first destination for Asian art in the world, but for those who seek the widest range of Asian art found in one city, New York is a must see, particularly during the annual Asia Week New York  (AWNY) that takes place in March.

“We have an all-compassing grip on Asian art, because we have the whole gamut,” said new Executive Director for AWNY Margaret Tao, at the press reception on Dec. 9, 2015, which took place at J.J. Lally & Co. in New York.

On the night, the AWNY association announced that Asia Week 2016 will encompass 46 international galleries, among them nine new exhibitors from around the world, and five auction houses. The nine-day celebration of Asian art and culture will span the metropolitan region from March 10 to 19.

During Asia Week, you are going to see some of the finest examples of Asian art anywhere in the world brought here to New York city.
— Lark Mason, chairman, Asia Week NewYork

Apart from exhibitions, the schedule also includes auctions at Bonhams, Christie’s, Doyle, iGavel, and Sotheby’s, and lectures, symposia, and a special reception, jointly hosted with the Department of Asian Art of The Metropolitan Museum of Art on March 14. It will be the third consecutive year that the Met has been co-hosting the special reception.

“During Asia Week, you are going to see some of the finest examples of Asian art anywhere in the world brought here to New York City. But what makes it special is the people,” said chairman of AWNY, Lark Mason, in his opening remarks.

The largest institution participating in the art festivities is the Met. Mike Hearn, Douglas Dillon chairman of Asian Art at the Met remarked that around 90 percent of the museum’s collections have come from collectors’ contributions acquired initially through the expertise of dealers, for which Hearn was grateful.

He recalled that when he started at the Met in 1971, the only Asian art on view were the ceramics around the Great Hall balcony and those pieces in the Early Chinese Buddhist Sculpture Hall. Currently, the museum has over 50 galleries devoted to Asian art, making it one of the most comprehensive art collections of its type in the world.

Hearn told the Epoch Times that the Met has been acquiring works of Chinese painting since 1902, but it has been in the last four decades that the museum has made a concerted effort to “catch up with some of the other major museum collections in the U.S.”

The Met’s Asian art exhibitions are anchored in their Asian Art Department centennial on show during AWNY with 10 exhibitions and installations on view.

“It’s an amazing opportunity to see what this extraordinary collaboration between private collectors and public institutions has accomplished,” he said.

Kapoor Galleries has been an integral part of the Asian arts scene in New York City for the past 40 years assisting private and public collections in enhancing their respective collections of Indian and Himalayan art.

According to Suneet Kapoor, gallery director at Kapoor Galleries Inc., Asia Week is a very important time for all Asian art enthusiasts, as it is the convergence of the leading galleries from around the world coordinating their annual exhibitions, as well as the major auction houses’ sales and various other important exhibitions throughout the metropolitan area.

For Kapoor Galleries that specialize in Indian and Himalayan art, Asia Week is the high point of their business cycle.

A highlight in its collection during Asia Week 2016 will be an important Indian miniature painting depicting Samundra Manthan (“Churning of the Ocean of Milk”) ascribed to the artist Mahesh of Chamba (active 1730–1770).

In the last five years Kapoor noticed a trend of many more mainland Chinese visitors with a mix of trade and private collectors.