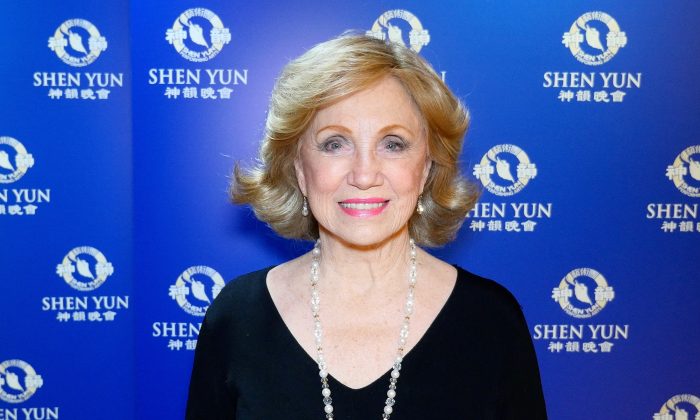 NEW YORK—Constance Cowart is a philanthropist from New Orleans who raises money for the arts. It was an audition for a program at the Metropolitan Museum, for young artists, that she was involved with that brought her to New York. And as any performing arts lover would, she attended a performance at Lincoln Center during her stay.

On March 10, Ms. Cowart saw Shen Yun Performing Arts at the David H. Koch theater. It was a large production, and she lauded every aspect.

Ms. Cowart is a visual person she explained, so she loved the color and costumes. Every dynasty brought a different color palette: bright turquoise dresses in the Han Dynasty, vivid corals and yellow in the Sui Dynasty, light violets and pinks in the Qing Dynasty, and several more striking combinations throughout. New York-based Shen Yun seeks to revive the traditional Chinese culture through the arts.

She enjoyed the non-visual additions to the performance as well: a baritone and tenor sang original Chinese songs with the bel canto technique during the first half of the performance. As a former board member of the New Orleans Opera, it was only natural she would pay close attention to their voices.

“It had a spiritual undertone to it, which I loved, and it’s very uplifting. It’s beautiful. And it makes you feel good. It [is] happy, upbeat,” she said.