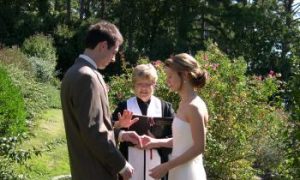 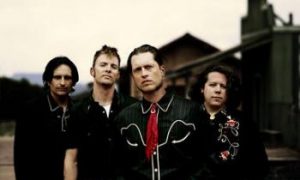 Josie Dalamantez, the programs director for the California Arts Council, attended the performance and said that “it’s very beautiful” and “very delicate.”

“I love the integration of the music. The gentleness of the movement. And the story, the story is very touching to your heart,” she said.

She noted that the performers possess great “mastery” over their art, which is classical Chinese dance—a tradition that is thousands of years old.

“I can see that the training is very definite,” Ms. Dalamantez said. “You can tell that they have been training for a long time. It’s beautiful.”

In particular, she said she was moved by the performance called “Our Story,” which gave her “chills.” Based on a true account, it tells the story of a teacher who writes the classical Chinese values of Truth, Compassion, and Tolerance on the blackboard. Police burst in and take her away, as these principles are the central tenets of the Falun Gong meditation discipline, persecuted today by the Chinese regime. Her students are later rewarded, for their courage in remaining by her side, with a miraculous scene.

Ms. Dalamantez noted the integration between the Shen Yun dancing and Shen Yun's trademark animated backdrop. “The backdrop’s great. I love the integration,” she said. In many scenes, the dancers are seamlessly integrated with the animation of the backdrop, in some cases appearing to enter it and continuing the storyline there.

Accompanying her for Wednesday’s performance was Laura Leonelli, the executive director of the Southeast Asian Assistance Center, which provides services to refugees from Vietnam, Cambodia, Laos, and several other countries.

“It’s very beautiful,” Ms. Leonelli said of the performance. “I especially like the folk dances. The ones from different ethnic groups.”

Shen Yun performances include traditional Chinese legends set to dance, but also dances showcasing the cultures of some of China's minorities.

Other ethnic folk dances featured in Shen Yun include one from the Yi culture, which hails from southern China. A dance piece from Mongolia is also in the performance.