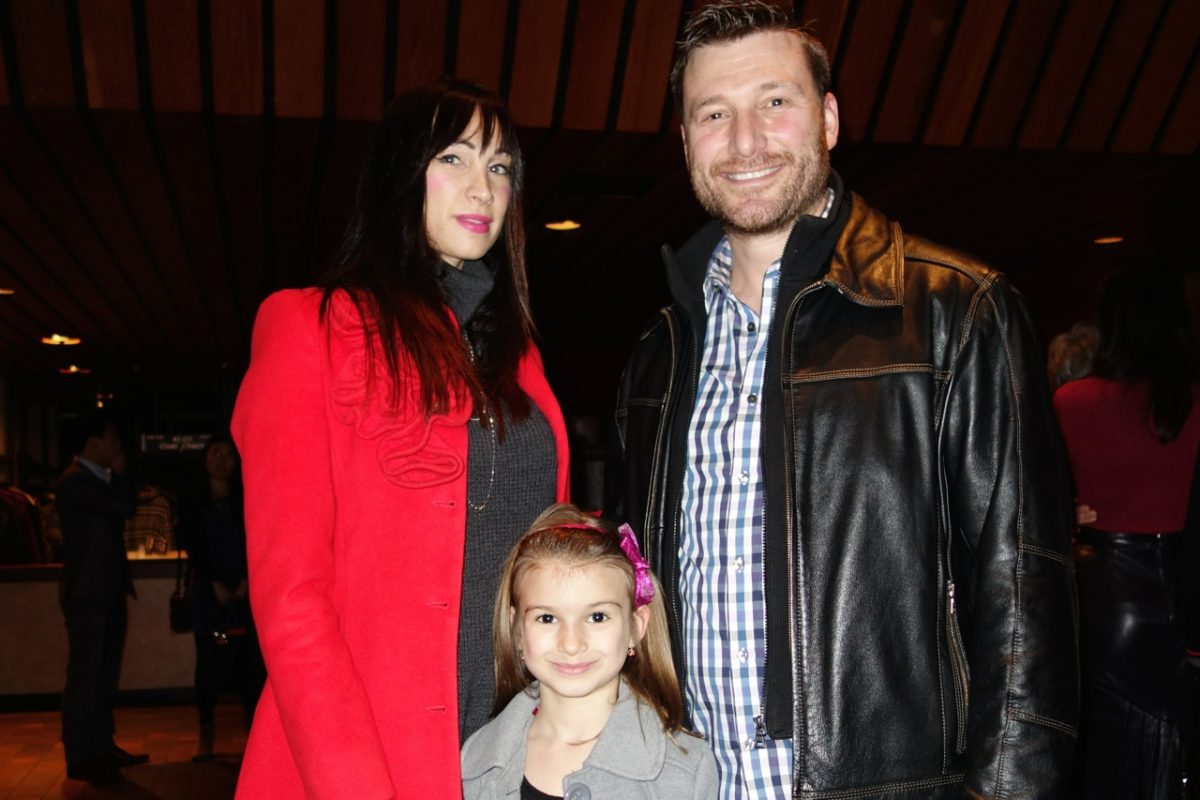 Shen Yun was founded on a mission to revive a culture nearly lost in China after decades of communist rule that suppressed the Middle Kingdom’s divinely inspired culture.

“China was once known as “Shen Zhou, The Divine Land,” explains the company’s website.

“This profound name describes a land where deities and mortals coexisted, and a belief that the divine transmitted a rich culture to the people of the earth.”

The showgoers who came out that unusually warm (for a Hamilton winter) night saw China’s myths, legends, and bygone heroes portrayed on stage.

Artist and pharmacist Adriane Bondar came to see Shen Yun with her parents as a holiday outing.

“I thought the costumes were beautiful, and they’re obviously well trained and beautiful dancers,” she said.

Ms. Bondar said the show was both entertaining and educational, something that could appeal to people of any age.

“It’s something that everybody can enjoy.”

“The backdrop was beautiful,” she said. “The scenery changes and it becomes part of the act.”

“It was really really well done,” she said.

“One of my favourite aspects of the performance was the costumes—they were truly a visual treat. Individually beautiful, and when combined and coordinated en masse, stunning.”

Interior decorator Juliane Gruneberg, who came with her husband, agreed. She shared her thoughts halfway through the show during intermission.

“I am actually really enjoying it because they’re being true to what their culture is,” she said.

“The dancing is absolutely wonderful.”

As a designer, Ms. Gruneberg was also taken with Shen Yun’s backdrop.

“The backdrop is amazing—I really, really like the backdrop. And the colours too are just very vivid.”

Vesna, a sales manager who did Serbian dancing for 25 years, also had praise for the performance.

“I think it’s just beautiful. It’s wonderful,” she said. “The colours and the movement, the costumes; it’s very well thought out.”

Her husband, Mike, was impressed by everything he saw—from the dancing to the choreography to the digital backdrops.

“They’re well coordinated, obviously clearly artistic,” he said of the dancers, adding that “the costumes are pretty extravagant.”

He noted the flips and tumbling moves of Shen Yun’s dancers, moves that later became the basis of acrobatics and modern gymnastics.

“It’s part of the dance, originating from the dance rather than being gymnastics,” he said. He also enjoyed that different elements such as the digital backdrops were incorporated into the performance.

“It tells a pretty nice story pretty quickly,” he said.

“There’s some moves that are really interesting,” added their daughter, Kasi, who also does Serbian dance.

As a part of its 2015 world tour, Shen Yun Performing Arts is performing in over 100 cities on five continents, gracing some of the world’s most prestigious stages such as New York’s Lincoln Center, Washington D.C.’s Kennedy Center, and Paris’s Palais des Congrès de Paris.