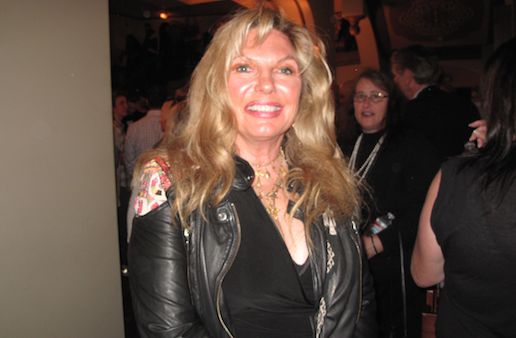 SANTA BARBARA, Calif.—Shen Yun Performing Arts New York Company played to an engaged audience that sold out Granada Theater March 29. Cheering could be heard throughout the two-hour-long performance, and audience members lined the back of the venue to watch traditional Chinese culture come to life.

Among the audience members was Patricia Neeb, a mixed media artist whose works have been displayed in galleries throughout Colorado, in Hawaii, and in private collections.

While watching Shen Yun, she felt included into Chinese culture.

“I enjoyed particularly the sense of being a part of another culture. I loved that they spoke so much Chinese, and they felt so connected to China,” she said.

Ms. Neeb was referring to the English- and Chinese-speaking emcees who introduce and convey the historical significance of each vignette.

Shen Yun is a non-profit, New York-based classical Chinese dance and music company that tours to over 100 cities in some 20 countries for six months of each year on its mission to revive traditional Chinese culture.

Shen Yun’s website states, “For 5,000 years divine culture flourished in the land of China. Humanity’s treasure was nearly lost, but through breathtaking music and dance, Shen Yun is bringing back this glorious culture.

“Over its past 60 years of rule, the communist regime has treated traditional Chinese values—centered on the idea of harmony between heaven and earth—as a threat to its existence. And in its systematic campaigns like the Cultural Revolution, it has uprooted traditional beliefs and destroyed ancient treasures—bringing traditional 5,000 years of civilization to the brink of extinction.”

“I think that when Mao took over, there was horrible repression, and a terrible injustice was done. And there is still injustice in China, and that they bring it up was good,” she said.

She was referring to how the emcees explain during the performance that a show like Shen Yun cannot be seen in China today because of the still-present artistic and spiritual repression.

“And they tell the truth about meditation—I thought it was excellent,” she added, referring to a piece in which a mother and daughter are persecuted because they practice a meditation discipline Falun Dafa.
“I think it’s important to understand that in China, just to meditate is a crime. That’s a very serious thing, and since we’re all one people—we’re all one world—what happens there matters to all of us,” Ms. Neeb said.

Also at the sold-out showing of Shen Yun was Len Jarrott, an advocate for education and a leader in the community.

Mr. Jarrott is a longtime member of the Board of Directors of the Foundation for Santa Barbara City College. He presides on numerous boards including that of the classical radio station, KDB, as well as the Primo Boxing Board, an organization aimed to assist disadvantaged children by providing them with a place to go after school.

Mr. Jarrott was enthusiastic after watching the first half of Shen Yun.

“The whole thing is magnificent,” he added. “It’s one of the best shows I’ve ever seen in my life.”

He said that watching Shen Yun is a great way to see China.