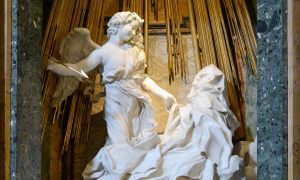 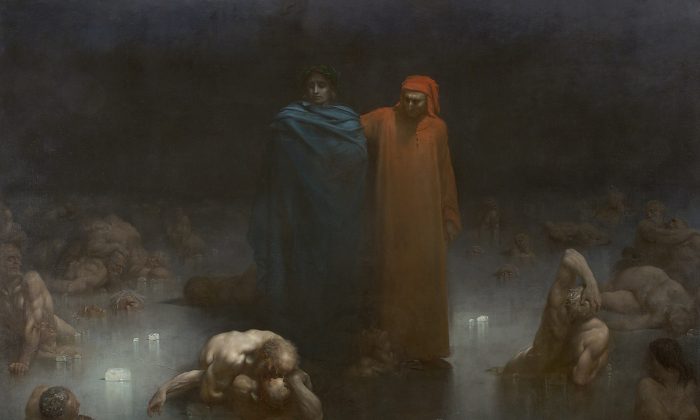 We all have something we’ve done that we regret. Some of us learn to live with these regrets. Others grow from the negative effects of their actions and vow to never do them again. Still others can’t help themselves and continue to knowingly hurt others and themselves.

Dante Alighieri, a 14th-century Italian poet, sums up the medieval understanding of bad deeds and their consequences in a well-known poem titled “The Inferno,” which is the first of three sections of a larger work titled “The Divine Comedy.” “The Inferno” alone will serve our purposes here.

In “The Inferno,” Dante, our protagonist, is led by the ancient Roman poet Virgil through the nine circles of hell. These circles of hell are set up like concentric rings, with the outermost ring (the first) housing the lesser sins, and the center (the ninth) housing Satan himself. Each ring represents a type of sinful, regretful action and its corresponding punishment.

The 19th-century Romantic artist Gustave Doré spent his life illustrating classical texts, with “The Divine Comedy” being one of them. Doré illustrated a scene from the eighth circle of hell. His engraving shows the plight of the sowers of discord, who spent their lives promoting discord within religion or politics. In the afterlife, they must walk a circle and endure punishments at the hands of a demon.

Dorothy L. Sayers, in her book “Hell,” expands on what Dante meant by this level of hell. She writes that the evil ditches in the eighth circle of hell represent “the image of the City in corruption: the progressive disintegration of every social relationship, personal and public. Sexuality, ecclesiastical and civil office, language, ownership, counsel, authority, psychic influence, and material interdependence—all the media of the community’s interchange are perverted and falsified.”

The eighth circle, then, represents the deliberate and deceitful attempt to destroy the moral and virtuous principles upon which cultures are founded. It represents the attempt to infiltrate society with evils and lies masked as good and truth.

The eighth circle of hell sounds hellish enough, but it is not the most hateful of the circles. The ninth circle is the cruelest of them all. The ninth circle houses those souls that hate love itself. This is why Satan is housed here: Satan is the exemplar of the evil that hates love, since Satan hates God and all that God represents.

The ninth circle, in its hatred of love and in the absence of the warmth love brings, is encased in ice. Doré, in his painting “Dante and Virgil in the Ninth Circle of Hell,” depicts the suffering such absence of love brings. Souls are shown in agony. They scream and fight as ice engulfs their bodies. Doré has presented Dante and Virgil in the middle of it all, and only the area around them seems to be lit in an otherwise endless sea of darkness occupied by suffering souls.

The horizon seems to go on forever as it falls into darkness. This darkness looms over the top half of the canvas, but its reach goes further. In a way, the darkness stretches a cold emptiness into and in between the figures and the ice that keeps them prisoners of their own cold-heartedness.

So what does this painting say about our contemporary society? What is our “ninth circle of hell”? To be honest, I don’t know.

I do, however, see characteristics of the eighth circle of hell in Western society today: The Western traditions and classics embodied by the humanities are constantly under attack.

The postmodern agenda has been consistent in its resistance against the classical notions of truth, goodness, and beauty, throwing them into a sea of darkness where their judgments hold no sway over personal preference.

Postmodernists would be happy to have the classic values stowed away in shadows that forever cast doubt upon them. They advocate the relativity of irrationality over measured restraint. They mask the attempts to deconstruct and destroy traditional culture by way of moral posturing.

That postmodern attempt at morality claims to protect people’s feelings but instead prevents them from ever experiencing the growth that comes from engaging with those who differ in perspective. Basing judgments on feelings only leads to irrational relativism that, practiced absolutely, has ironically led to hostile absolutism. Everything can and will be seen as an affront to subjective feelings.

Thus, the result of a postmodern culture is people who are cold and hostile toward anything that doesn’t affirm their own personal set of ideologies.

Where can this lead? I just hope we don’t become so cold-blooded and hostile toward one another and toward those ideas that challenge our preconceived notions that we create our own ninth circle of hell, fashioned by a new set of shameful acts we come to later regret.

Art has an incredible ability to point to what can’t be seen so that we may ask “What does this mean for me and for everyone who sees it?” “How has it influenced the past, and how might it influence the future?” “What does it suggest about the human experience?” These are some of the questions we will explore in our series Reaching Within: What Traditional Art Offers the Heart.

Eric Bess is a practicing representational artist. He is currently a doctoral student at the Institute for Doctoral Studies in the Visual Arts.