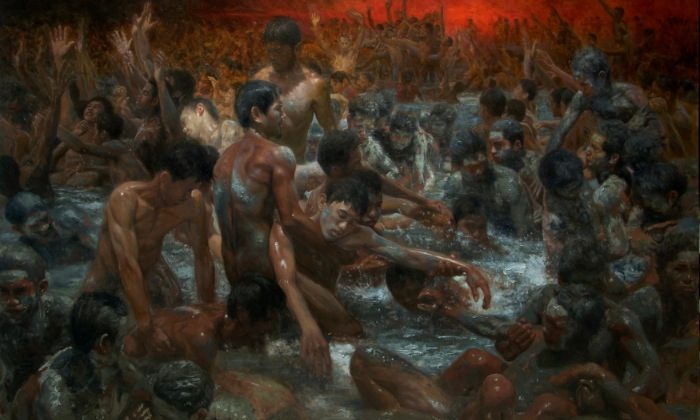 The Art Renewal Center, a non-profit educational foundation dedicated to the return of realism and traditional training techniques in the visual arts, is currently accepting entries to their 10th annual competition.  The deadline for entries is Jan. 15, 2014.

In the Salon, some of the best contemporary realist artists in the world compete for recognition, cash prizes, and a chance to have their work seen by some of the more than 5,000,000 annual visitors to the ARC website, as well as in other reputable venues.

“After a hundred years of suppression, traditional realism in the fine arts is returning in full force,” said ARC founder Fred Ross, explaining the importance of such a competition. “Contemporary realism is the true inheritor of the 600 years of advancement in the fine arts before it took a disastrous turn down the blind alley of modernism and post-modernism.

“We believe that realism is the only form of fine art which is equivalent to a universal language that cuts across all forms of the spoken and written word, and which is capable of communicating and expressing the widest range of ideas, concepts, beliefs, values, and mankind’s hopes dreams, fantasies, fears, loves and joys, as well as chronicling in this universal language what it means to be human now and throughout history.”

This year, winners will have press coverage in six magazines; Fine Art Connoisseur Magazine will be publishing an article on the top winners of the 2013-2014 Salon. In addition, Plein Air Magazine will be giving out a special award to one artist to be featured in their magazine.

The Best in Show winner of the 2013/2014 ARC Salon competition, in addition to $8,000, will be awarded with a fully produced and released video DVD produced by Streamline Art Video showing a demonstration of their technique, an interview with the artist, and a profile of the artist’s work as a key featured part of the Art Renewal Center DVD series.

The first of the series was recently published and features both the Best in Show winner from 2012/2013 ARC Salon, Orley Ypon, as well as an in depth interview with ARC Founder Fred Ross. The recently released DVD also includes a tour of the Fred and Sherry Ross collection and is a total of five hours of video footage.

The 2013/2014 International ARC Salon is offering $61,450 in cash awards, though with purchase awards sometimes being well above the minimum stated, the total amount is often much higher. For example, in last year’s competition paintings valued at over $200,000 were purchased. Participants can compete and win in seven categories: figurative, imaginative realism, landscape, animals, still life, sculpture, and drawing.