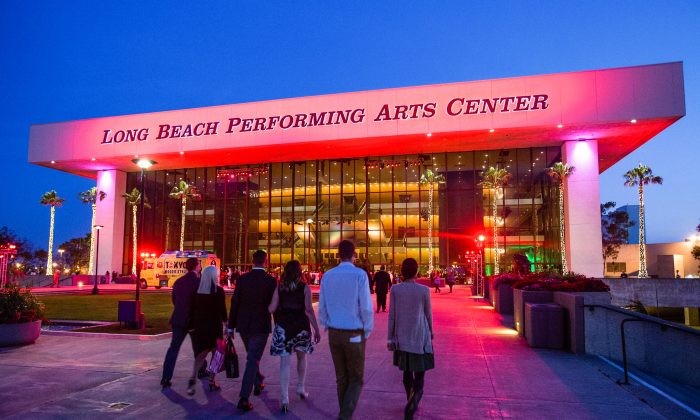 LONG BEACH, Calif.—As an art instructor, Ivy Gomez pays a lot of attention to the spiritual side of things. Naturally, she was deeply moved by Shen Yun’s performance at the Terrace Theater on the evening of March 19.

“I find it just full of energy and deep feelings,” said Ms. Gomez during intermission. “I find that it’s educational as well as spiritual. It gives you a deep feeling inside. It awakens your spirit to things that are there but we kind of forget. It’s beautiful. Everyone should see it.”

According to its website, Shen Yun Performing Arts seeks to revive the 5,000 years of traditional Chinese culture, which was once almost lost. Through classical Chinese dance and music, legends and historical figures come to live on stage.

Ms. Gomez found it educational, because “it shows the past and it shows the things that may not be shown in China. It really is eye opening. Being aware of the struggle that people had, and how they were able to cope with it, especially spiritually.”

Based in New York, Shen Yun tours the world each year, reaching over 100 cities in 20 countries and 5 continents. But it cannot be seen in China. “Since the Chinese Communist Party is officially an atheist regime, it is afraid of the freedom of expression this arts company enjoys in the West,” explains the “challenges we face” section of Shen Yun’s website.

As for the spiritual aspect, Ms. Gomez had a “deep feeling inside.” She was “awakened to higher forces, the higher power, which give people the strength and energy to carry on.”

Traditionally, Chinese culture has always been considered a divinely inspired culture, a culture that emphasizes virtues and self-discipline.

“Like it said, we’re here to learn and how to perfect ourselves. And eventually we go to heaven,” Ms. Gomez said, referring to the vocal soloist’s lyrics in the song “I Sing to Bring You Hope.”

And, of the animated backdrops in which characters fly through the sky and then appear as dancers on the ground, she said, “It carries you further on into the heavens.”