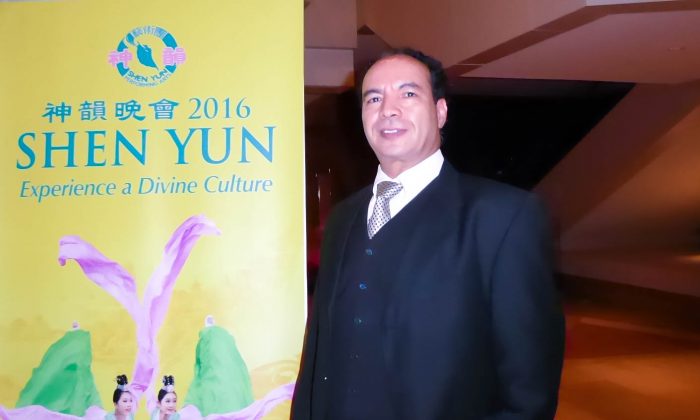 Mr. Saidi, a visual arts and design faculty member at the Art Institute of Atlanta, paid special attention to the visual intricacies of the performance.

Mr. Saidi said what he was most amazed with was “the mixing of technology and ‘old China.'”

Indeed, this mixing of old and present day is a theme that carries through the performance. New York-based Shen Yun takes its audiences on a journey through 5,000 years of Chinese culture, from the Middle Kingdom’s most ancient legends to modern tales of virtue and heroism.

“One of the oldest, most ancient cultures is definitely Chinese. We learn from the Chinese spirituality, Chinese connection to earth, to life. It always gives me another perception to life when I watch Chinese culture,” said Mr. Saidi.

“Most inspiring. It’s a great pleasure watching, and lots of creativity,” he said.

The visual spectacle of Shen Yun is also in its costuming, which Mr. Saidi also expressed enjoying.

“Costumes are amazing,” he said.