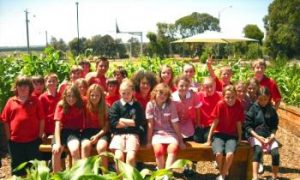 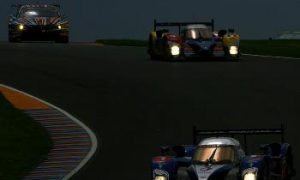 By Nick Mclaughlin
Print
Important Old Master Paintings and Sculpture at Sotheby’s will feature significant works by artists from across Europe. The sale will be on public exhibition in Sotheby’s York Avenue galleries beginning Jan. 22.

The term “old master” refers to painters of a certain skill level who worked before 1800.

“In theory, an Old Master should be an artist who was fully trained, was a Master of his local artists’ guild, and worked independently, but, in practice, paintings considered to be produced by pupils or workshops will be included in the scope of the term. Therefore, beyond a certain level of competence, date rather than quality is the criterion for using the term,” Sotheby’s Darrell Rocha explained in an e-mail.

The afternoon session is led by “An Italian Marble Relief Portrait of Cosimo I de’ Medici” by Baccio Bandinelli, executed just prior to the future Grand Duke’s rise to power in 1537.

“A Sacra Conversazione: The Madonna and Child with Saints Luke and Catherine of Alexandria,” by the Renaissance master Titian, is the most important work of his to appear at auction since 1991.

Titian painted “Sacra Conversazione” circa 1560, when he had reached the height of his artistic skills, according to Sotheby’s. He’s considered one of the most important figures in the history of Western art.

In the morning session, another highlight from an Italian artist is “The Virgin and Child by a Window: ‘Madonna of the Cherries’” by Leonardo da Vinci’s most faithful and productive interpreter in Lombardy: Giovanni Pietro Rizzoli, (estimated at $700,000 to $900,000). “Madonna of the Cherries” is considered one of the artist’s finest works, according to Sotheby’s.

Another interesting piece is “The Martyrdom of Saint Paul” (estimated at $1.5 million to $2 million) by Sir Peter Paul Rubens. The study for a large altarpiece is the only visual record left of the painting that was in the High Altar of the Church of the Augustinian Priory of Rood Klooster, near Brussels. “The actual altarpiece was destroyed during the French bombardment of Brussels in 1695,” Sotheby’s explains in a press release.

A painting from the Dutch Golden Age, Willem van der Vliet’s “A Scholar in his Study with Figures with Masks,” (estimated at $1.2 million to $1.8 million) has been the subject of much interest since its appearance on the market in 1983.

One of only six known history paintings by van der Vliet, the subject of the work continues to puzzle scholars and collectors. Some suggest it is a playwright with his characters; others say it may be a “philosopher rejecting the sexual advances of earthly love,” explains Sotheby’s.

The afternoon sale spans medieval enamels and sculptures to neo-classical bronzes and features a large group of Renaissance and Baroque bronzes from the Abbott Guggenheim collection, among other private collections.