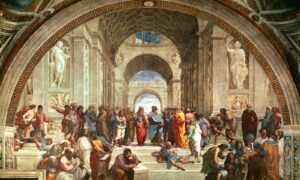 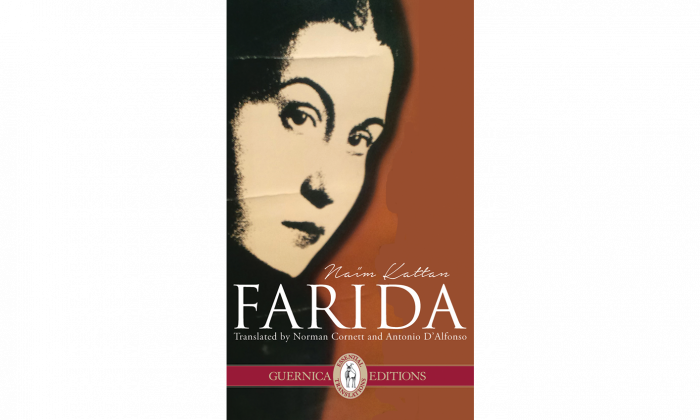 In “Farida,” the various communities of Baghdad come together through the music of a famous singer who, with her art, becomes the thread that opens dialogue and holds them together. (Courtesy Guernica Editions)
Arts & Culture

Art: A Unifying Thread, a Link Between Cultures

Naim Kattan’s newly released novel, “Farida,” provides a much-needed alternative to the prevalent media representation of Iraq, a country troubled since World War II and existing in the aftermath of Saddam Hussein.

In lieu of a worn-out portrayal of Iraq as a country plagued by political conflict and dysfunction, “Farida” presents an alternative view by highlighting the internal reality of the country’s human dynamics, in which we find a productive coexistence between multiple ethnicities, languages, and religions.

It brings to light an often neglected reality: the value of discussing a country’s social dynamics is no less important than being aware of the political events that are affecting its people.

Kattan is a Canadian writer of Jewish Iraqi origin. Born in Baghdad in 1928, he left for France after the Second World War to study at the Sorbonne. His life and identity are exemplary in showing how ethnic and cultural identities can, and do, overlap.

In “Farida,” he applies this notion at a social level in order to provide a perceptive view of the multiethnic, multicultural Iraqi society he has clearly carefully examined as a boy, adolescent, and adult.

Notably, Kattan’s portrayal of Iraqi society is realistic: “Farida” shows that there do exist tensions and divisions between groups, but at the end of the day they work it out and get along.

A delicate balance is set up: the country is walking on a tightrope, but it’s working out its salvation.

A delicate balance is set up: the country is walking on a tightrope, but it’s working out its salvation.

From a religious studies point of view, this delicate balance is particularly enthralling.

As presented in “Farida,” Iraqi society is formed of multiple major religions and ethnicities—Sunnis, Shias, Armenians, Christians, and Jews all form substantial parts of the country’s vibrant demographic.

What is particularly significant is that Iraq is not the only example of a country whose social dynamics include more than one ethnic, cultural, and linguistic group; a plethora of nations across the globe have similar social structures, and must work out their own versions of a delicate balance.

How can dialogue be promoted between such groups to achieve a harmonious existence?

Kattan’s answer: art. The novel’s plot acts as a literary trope. The various communities of Baghdad come together through the music of a famous singer, Farida, whose songs transcend external boundaries, and who, with her art, becomes the thread that opens dialogue and holds them together.

One wonders whether art is a viable solution to opening dialogue between cultures not just in literature, but in today’s various, multicultural communities.

The character of Farida is based on Egyptian singer Umm Kulthum, whose influence spanned the countries of the Middle East, and who is still regarded as the greatest Middle Eastern singer in history. Kattan’s novel references Kulthum on numerous occasions.

It is through Farida’s music that Iraq’s ethnic divisions are penetrated and blurred. The songstress moves effortlessly between people with her music: she becomes the heroine who takes all of the loose threads of Iraq and through her very person reconciles the tensions between the different communities. It is a gem to witness her seamless navigation.

Montrealer Norman Cornett, PhD, is an educator, religious studies scholar, and art critic and the principal translator of “Farida.” He teaches at universities throughout North America and Europe. His translations appear in leading literary journals including Canadian Literature, Rampike, Literary Review of Canada, ARC, and Windsor Review.