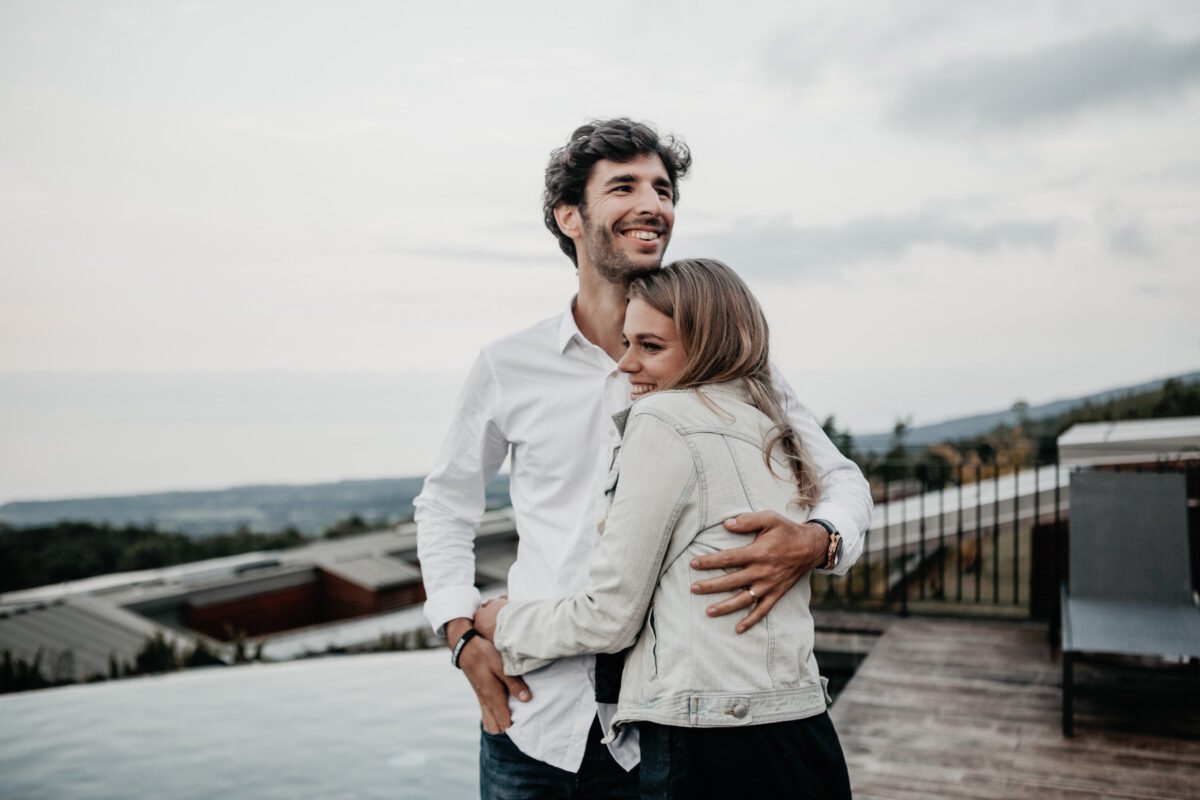 A young couple may not realize how happy they are, only coming to see it after reflecting later in life. (Candice Picard/Unsplash)
Bright

Are We Happy Yet? Don’t Just Count the Numbers

Are people happy? It’s difficult to know even whether they think they are. Certainly, people are disgruntled lately. According to explosive new data from the General Social Survey, 24 percent of Americans say they’re not too happy, and only 19 percent say they are very happy. A lot of that disgruntlement is about COVID.

But consider. The Harris Poll Survey of American Happiness reported that in 2017, low numbers of people called themselves “happy” (33 percent). But in 2020, the Gallup Poll reported that very high numbers said they were “satisfied with their personal life” (about 90 percent). People didn’t suddenly become happier during those three years; the Gallup percentage was almost as high in 2017 as in 2020. The difference was due to how the question was asked.

It’s difficult even to know how we’re feeling. All day Tuesday, Mr. Jones snaps at everyone around him, yet he may be the last to know he’s in a grouchy mood. “I’m fine! Leave me alone! Stop badgering me!”

Knowing whether we’re happy or unhappy is even harder. A young husband and wife may be so absorbed in caring for their family that it never occurs to them that they’re happy, yet years later they smile and realize that they were. If things “seem to be going all right” and I’m surrounded by the accoutrements of what my friends all call success, then when I am asked, “Are you happy?” I may answer, “Yeah, I guess so,” yet I may not be happy at all.

“Mr. Jones, the readout shows that you are experiencing only 5.6 units of bliss. Are you feeling a bit off today?”

But is pleasure the same as happiness? Most who have thought seriously about the matter think not. Among other things, happiness doesn’t get old; pleasure does.

My own suspicion is that although most people have some share in happiness, not many are simply happy. But the only instrument by which we can measure happiness, or study what it is, is the instrument of thoughtful conversation. Does that mean just asking everyone “What makes you happy?” and crunching numbers with the answers? No.

Why not? After all, most people must know something about happiness. Since we humans have inside knowledge of our minds, it would be impossible not to. Since outside of the most mindless fantasies, there are no such things as happiness thermometers, we could never find out more about happiness if people didn’t already know something about it. Where else but there could we start?

Socrates was once confronted with the common opinion that happiness depends on having enormous desires, plus enormous means to satisfy them. One might think that to refute this mistake, he would have to go outside common opinion. Instead, he appealed to it himself. For, in that case, nothing would be happier than constant, fierce itching and constant, fierce scratching—and can’t we all see that this is false?

No shortcut can be found in happiness surveys; no detour in brain scans; no substitute in Twitter, astrology, or news of the rich and famous. This is what we’ve got. We may as well use it.

J. Budziszewski
Follow
J. Budziszewski, a professor of government and philosophy at the University of Texas, is the author of the new book "How and How Not to Be Happy" (Regnery, 2022). He writes about ethics and politics, and blogs at UndergroundThomist.org.
SHARE
Friends Read FreeCopyFacebookTweet
You May Also Like