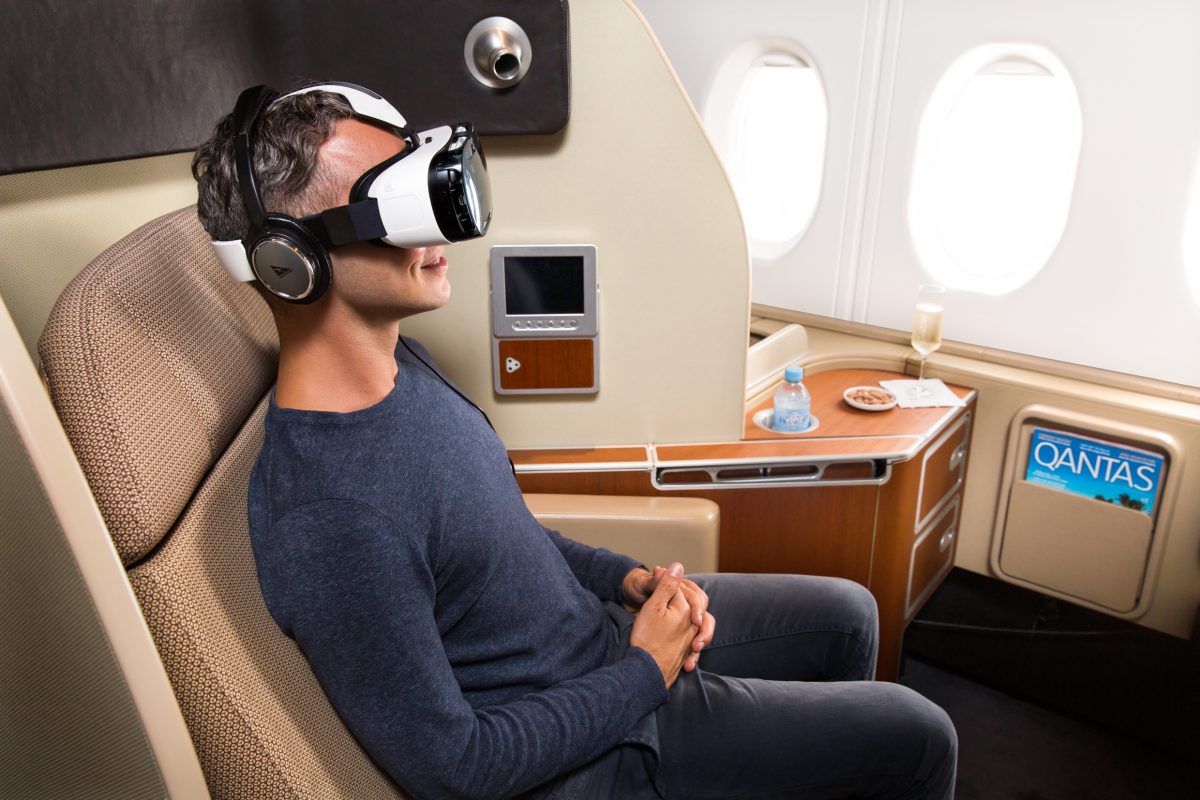 Inflight entertainment took a quantum leap when it went from a single, PG movie playing for everyone on a series of screens down the cabin, to nearly unlimited movie options on the seat back in front of you.

In the single option days, Mr. Bean shorts were always the favorite filler, particularly on international flights since his contortions are hysterical in any culture.

The days of shared laughter are long gone. And now, the next phase of on-demand, personalized experiences may be here: Qantas and Samsung Australia have partnered to pilot inflight virtual reality (VR) headsets.

Starting on select A380 flights between Australia and Los Angeles in mid-March, first class flyers will be able to try out the VR goggles that give 360 degree’esque interactive experience. The programs will include tourist destination highlights (kicking off with footage of Kakadu National Park), some Qantas promotion, and of course the latest from Hollywood.

Qantas passengers in the international first class lounges in Sydney and Melbourne will also get to try out the experience as of mid-February.

The current plan is to run the trial for three months and see how customers like it.

It may not be as obvious a winner as you might think.

Pilot Jonny Clark writing for airlinetrends.com thinks there could be some sickening results. He writes:

“I use simulators all the time for training, which is in effect, giant virtual reality. The motions of the hydraulics aiding to the feeling of motion. I’ve also been in a simulator when the visual has been slightly out of sync, (where motion doesn’t match the visual experience) and the effects are nauseating. When two inputs to our brain mismatch–such as spinning on a chair with your eyes closed and then quickly stopping, we can feel sick. …

“So if the plane, at 40,000 feet, decides to descend, or bank, or hits some unexpected turbulence, and someone was wearing this with an image of movie of something happening in a different direction to the plane’s movement, this could bring on a serious case of air sickness. Whatsmore, taking off the headset to find a sick bag, could increase the disorientation.”